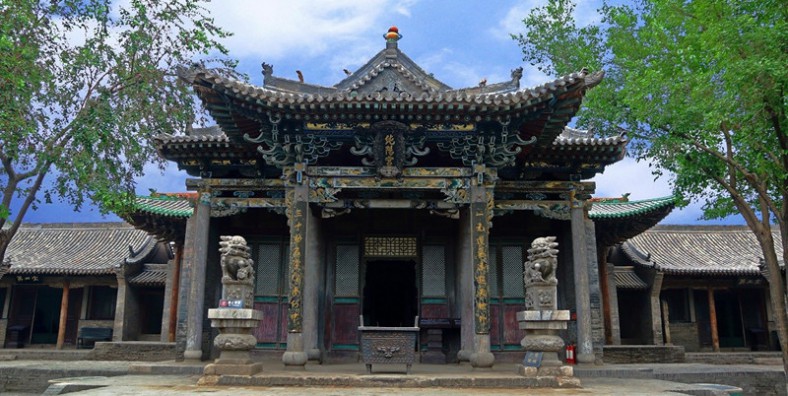 Qingxu Taoist Temple (Qingxuguan) is the largest temple in Pingyao county, Shanxi province. It is located on the north side of Dongda Street. The temple was built in 657 during the Tang Dynasty (AD 618-907), and its original name was Taiping Temple.

Why is The Qingxu Taoist Temple so Special?

Qingxu Taoist Temple (Qingxuguan) is the largest temple in Pingyao county, Shanxi province. It is located on the north side of Dongda Street. The temple was built in 657 during the Tang Dynasty (AD 618-907), and its original name was Taiping Temple.

Qingxu Guan was founded in the second year of Tang Xianqing (657), formerly known as Taiping Guan, and changed from Taiping Guan to Qingxu Guan in 1064.

Qingxu Guan has strict architectural layout, symmetrical distribution of the central axis, magnificent appearance and rich connotation. Qingxu Guan’s site selection and architectural conception fully reflect the ancient Chinese thinking of adhering to the “ritual system” and pursuing harmony among “people, heaven and earth, architecture” in layout. The position and influence of Qingxu Guan (then called Taiping Xingguo Taoist Temple) in the national Taoist temple can be imagined: the historical evolution and cultural heritage of Qingxu Guan have provided rich material materials for the study of the development history of Chinese Taoism.

The Sanqing Hall has the inscription “Reconstruction of the 28th Year of Wanli (1600) of the Ming Dynasty” between Liang Fang in the hall behind Chunyang Palace.

Legend has it that one day during the reign of Emperor Kangxi of the Qing Dynasty, an ugly old man appeared in Qingxu Guan and left the words “One Heart and Two Benevolences” on the pillars of the Jade Emperor Pavilion. The abbot at that time, based on the textual research of handwriting and appearance, decided that the old man should be Lv Dongbin, one of the eight immortals of Taoism. Thus, there was a moving legend of “Qingxu Xianji”. In the 24th year of Guangxu’s reign (A.D. 1898), the abbot promptly repaired the Chunyang Palace, which was used as a palace for worshipping gods. The palace has a beautiful and elegant appearance. The colorful Lv Zu sculpture in the palace sits in the shrine. It is kind and stable in appearance, with tiger-shaped longan and phoenix eyes looking upward. It wears pure Yang armour, yellow shirt, wide robe and deep sleeve. It looks like a fairy. The birthday of “Lv Zu” on the 14th of the 4th of the 4th of the lunar calendar every year forms a temple fair in Qingxu Guan for the sake of the flourishing incense. According to the old people of Pingyao City, once upon a time, every temple fair in Qingxu Guan, Pingyao City would be decorated with lanterns and music. It was very lively. From midnight onwards, good men and believing women gathered from all directions, surrounded by people from front to back, bustling with people, and looking forward to the blessing of “Lu Xian” in divining official career. Although this has some superstitious colors, it reflects people’s yearning for a peaceful and beautiful life and a spiritual support.

How to get to Qingxu Taoist Temple

Bus: Take Pingyao Road 102 to Chaoyang Street and get off on foot.