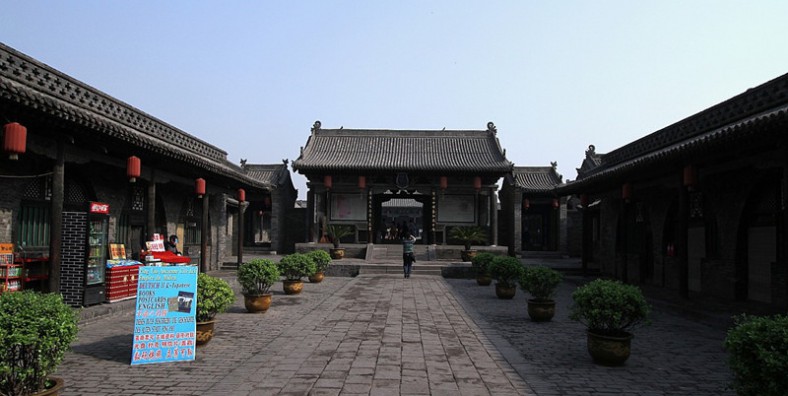 The earliest architecture preserved was from Yuan to Zhengliu (1346), with a history of more than 600 years.

Why is Pingyao Ancient Government Office so Special?

Located on Yamen Street southwest of Pingyao ancient city center, the ancient government office is the largest and best preserved ancient county government office in China. It is 203 meters long (222 yards) and 131 meters wide (143 yards) and covers an area of 26,000 square meters (31,095 square yards). People can understand the bureaucratic culture of Ming and Qing dynasties (1368-1912) from buildings, plaques and couplets.

This government office was first built in the 6th year of Yuan Dynasty (1346) and rebuilt in the 3rd year of Ming Hongwu (1370) by Sun Zaiming, the then acting chief clerk of Pingyao County, for more than 600 years.

Pingyao county government has been established for a long time, but due to historical reasons, the early organizational system has disappeared. According to records in Pingyao County Annals, on the night of August 6 in the 7th year of Yuan Dade (1303), a large earthquake occurred in the county territory, causing more than 7,000 casualties, over 20,000 houses collapsed and the county government buildings collapsed.

In 1949, Pingyao County Government became the seat of Pingyao County People’s Government. After that, most of the old buildings were demolished and rebuilt. In 1996, the yamen, lobby and shenming pavilion were repaired. At the end of 1998, all 13 units in the county government office were relocated, and the county administration of cultural heritage took the lead in implementing a comprehensive restoration plan for the county government. In the first half of 2000, the yamen museum in Pingyao county was basically restored and officially opened to the public.

To enter the ancient government office, you must pass through the second-level gate and the first-level gate. “Posthouse Gate” in Chinese means the gate of etiquette, which is only opened when the county magistrate goes out to inspect, receive distinguished guests or hold large-scale celebrations. Generally speaking, the East Corner Gate is used by people and the West Corner Gate is used to summon prisoners.

The Primary Law Court is the main place for magistrates to deal with official or criminal cases at 9: 00 a.m. every day, so it is the center of the entire Pingyao ancient government office. The picture on the screen depicts mountains, waves and the sun. The plaque on the wall reads “a mirror of justice hung on the top of the head”, which means that the judge is fair and honest.

The secondary law court in Pingyao Ancient Government Office has its own door, and is connected with the inner chamber. It is where the magistrate dealt with daily routines, called in subordinates, met with guests or heard civil cases therefore it is not as solemn as the primary court.

The inner chamber is behind the secondary court. The main chamber contains five rooms. The middle three rooms are living rooms with a study and bedroom on either side. Wing rooms are guestrooms for magistrates’ superiors and friends. Some secret and in camera cases were handled here in the living room.

Fox spirit pavilion is the only Yuan Dynasty (1271-1368) building remaining today in Pingyao Ancient Government Office. A fox spirit was enshrined here because officials at that time believed that it would be propitious for their office and their career.

Reservations are charged per game in 230 yuan.

How to get to Pingyao Ancient Government Office

Pingyao Ancient Government Office is within walking distance anywhere from inside the Ancient City of Pingyao. You could also take Pingyao Bus 102/ 108 to Dananmen Station, and then get there on foot.