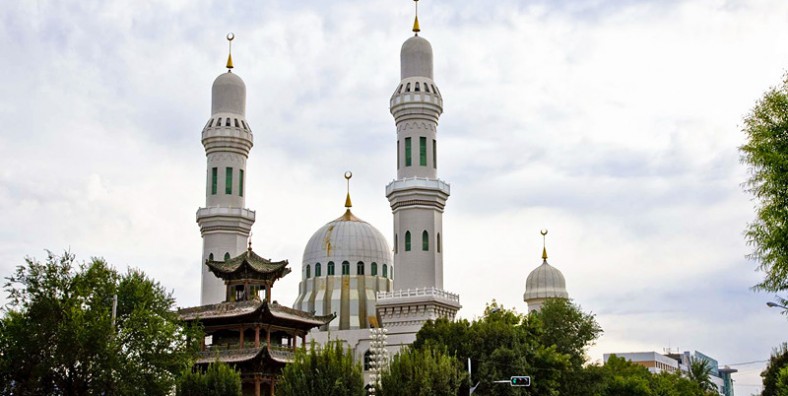 Why is Medlis Mosque So Special?

After the government unified Xinjiang, it respected the religious beliefs of ethnic minorities and allocated 12,000 yuan to build the mosque. It is said that a famous Turkish Maulana, seeing the magnificence of the temple and its position in northern Xinjiang, has been dubbed “Baitula”. “Baitula” means “Tianfang” and is a holy place for Muslims to worship. After the completion of the Baitula mosque, an endless stream of people came to learn from the scriptures.

Medlis Mosque Located at the South Gate of Yining City, the mosque is the largest place where Moslem of Yining conducts religious activities.

The Medlis means a higher lection school. It was built in the 38th year of Qianlong period. covering an area about 1800 meters. consisting of auditoria, temple gate. praying hall and doctrine-teaching hall. The praying hail, which is the main building of the mosque, includes three paris: the outer hall, middle hall, and inner hall.

In 1983, the government allocated funds to repair and renovate the temple, making this famous ancient temple a new face and a key cultural relic protection unit. In October 1996, the temple underwent another large-scale expansion and renovation, which was undertaken by the Islamic Association, funded by governments at all levels, and raised by religious believers. In addition to retaining the minaret, the main hall has been demolished due to disrepair and an Islamic chapel has been built.

The middle hall is 510 square meters in area and has 40 pillars in netlike arrangement. In left and right side are opened 8 pairs of windows and carved more than 200 colorful excellent designs of various flowers. In 1983, the mosque was renovated and decorated and was listed as a major cultural site under autonomous region protection.

Every autumn, that is, August and September, is the best time to visit Ili.

At this time, the weather began to cool and the fruits began to mature. This is a very suitable time to travel. At this time, most scenic spots began to hang attractive gold. Let’s travel in the golden ocean. The natural scenery around Ili is very beautiful. In our spare time , we take our family to Ili to play, eat delicious fruits and enjoy different local conditions and customs. I believe this is a very beautiful moment and a very happy memory.