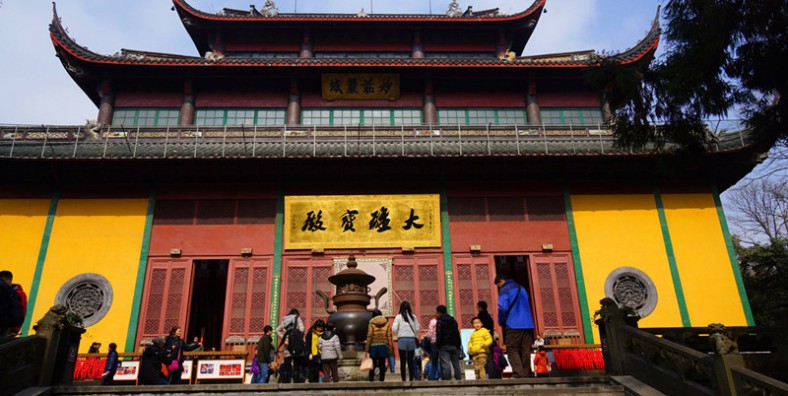 Why is Lingyin Temple So Special?

Lingyin Temple is one of the top ten most famous ancient Buddhist monasteries in China, also one of the largest and wealthiest Buddhist temples in China. This magnificent structure is found tucked in a long, narrow valley between Fei Lai Feng and North Peak, both to the northwest of West Lake. The monastery was founded at the foot of Lingyin Mountain in 326AD during the Eastern Jin Dynasty by monk Hui Li, who came from India. The temple is now very popular among tourists and pilgrims.

Where is Lingyin Temple?

Linyin Temple is located in Fei Lai Feng Scenic Area, just west of Hangzhou City, and the address in Chinese is 浙江省杭州市西湖区灵隐路法云弄1号. The temple lies about 10 km from Hangzhou Railway Station, 7 km from the West Lake.

How to Get to Lingyin Temple

If you want to get rid of hustle of transportation and troublesome navigation, you can book a private tour package which covers visiting, dining and transfer from us. Our local tour guide and driver will escort you to Lingyin Temple with speed and convenience, and take care of all the details. You just need to focus on travel.

Feilai Peak (飞来峰) stone sculpture very important for grottoes art in South China. There were about 72 caves in Feilai Peak at ancient times, now only several of them still there. These statues carved on limestone span from Five Dynasties and Ten Kingdoms to Ming Dynasty. The most well-known statues are the Maitreya and the 18 Arhats, which is the largest statues in the cliff inscription of Feilai Peak and the earliest Maitreya statues in China.

The Hall of Heavenly Kings

The temple of the heavenly king is about 24 meters long and 15 meters wide. In the middle of the hall, there is a shrine facing the mountain gate to worship the Maitreya Buddha. The front of the building carries a plaque (“云林禅寺” in Chinese) written by the Emperor Kangxi Emperor of Qing Dynasty. The hall with its elegant and impressive double eaves and many more details also includes an image of what is known as the Four Heavenly Kings on either side of an immense statue of a laughing Buddha.

Pharmacist Hall is the third main hall of Lingyin Temple, about 20 meters long and 12 meters wide. Inside the hall is “three saints of the East”: pharmacist Buddha, Sun God and moon god. In the middle of the hall, on the lotus platform, is the pharmacist Buddha. He can make all living beings free from suffering and disaster.