Hutongs and Courtyards in Beijing 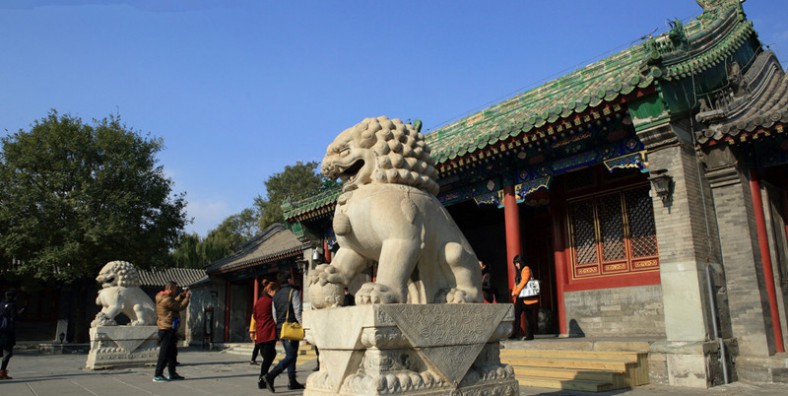 What is Hutongs and Courtyards in Beijing?

A hutong is a lane or alley formed by traditional courtyard compounds lining both sides. These hutongs range from little alleys 40 centimeters wide to streets 10 meters wide.

The composition that line the lanes and alleysare called “siheyuan” . The word means: ‘four joined-together courtyard.’ They are old buildings arranged on four sides around a courtyard, and the buildings and the courtyard are enclosed by a wall. Hutong is the vein of the city.

Why is Hutongs and Courtyards so Special?

Sitting on a primitive rickshaw or riding a bicycle through hutong alleys, you can experience the most authentic old Beijing hutong culture.

History of Hutongs and Courtyards

In the past, Beijing has hundreds of courtyards around the Forbidden City, and the lanes between courtyards stretched out in all four directions, connecting the different kinds of courtyards in the city. Originally formed in the Yuan Dynasty (1271 – 1368), Hutongs welcomed their heyday during the Ming and Qing Dynasties (1368 – 1911), when the number significantly increased to 2,076. It is said that by 1949 there were as many as 3,250 Hutongs. But with the passage of time, and the requirement for city construction, the number of them has fallen dramatically. In 2003, only 1,500 were left, and now no more than 1,000 remain and a majority of the existing ones have been transformed into tourist attractions associated with street food, shopping, and bars. Thus, Hutong protection becomes an urgent issue for modern people.

There are many quadrangles hidden in the Dongmianhua Hutong. Many small courtyards are houses with some modern flavor.

Nanluogu Hutong, 786 meters long and 8 meters wide, is the busiest and most fashionable Hutong district in Beijing. This Hutong was once inhabited by Ming Dynasty civil servants, Qing Dynasty queens, and some literati painters. Yuan Dynasty (1267) was completed in the same period. It is the only checkerboard traditional residential area with the largest scale, the highest grade and the most abundant resources that completely preserves Yuan Dynasty hutong courtyard.

Dongjiaomin Lane is titled the longest hutong in Beijing.This alley is famous because it had embassies in the late Qing dynasty.  Dongjiaomin Lane was focal point of a number of foreign legations from 1861 to 1959, which meant Britain, France, america, russia, japan, and germany.now, it is the longest alley in old beijing.

Mao’er Hutong is among the ten great hutongs in Beijing. . This alley is famous for its old Beijing features and traditional local food. A lot of celeb rities have lived here, such as Wan Rong, the last empress; If you want to taste the flavor of old Beijing, Mao’er Hutong would be a good choice. Going through hundreds of years, it still preserves the original style. The construction, people’s activities and food are just like the old days.

Guozijian Street is the only old street in the city that still has traditional arches. Guozijian Street is renowned for its old-time Beijing layout and architectures, the authentic native lifestyle, the Temple of Confucius and Guozijian (Imperial Academy).On both sides of the street, most of the structures are low and neat courtyards with grey walls and tiles. The gates that are painted red together with black bricks, bird cages hanging in the trees and the courtyards, are typical of old Beijing.

Top Things to Do in Beijing’s Hutongs

How to get to Hutong Beijing

Visitors can take subway line 8 to Shichahai or subway line 2 or line 7 to Dashilar. Then you can hire a rickshaw to guide you to tour around nearby Hutongs.

One thought on “Hutongs and Courtyards in Beijing”