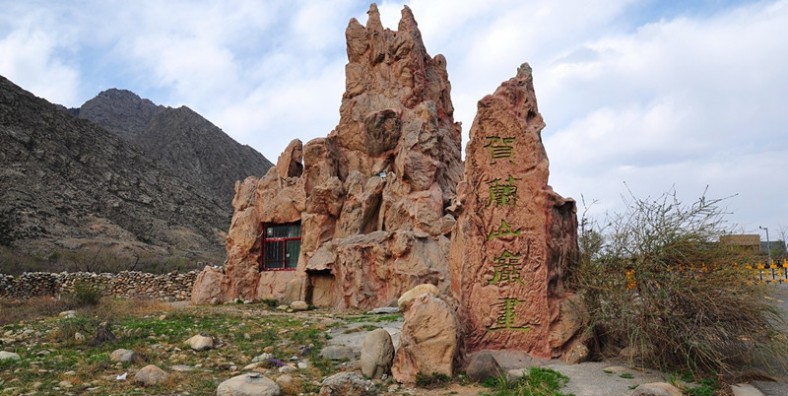 Where is Helan Mountain?

Helan Mountain is located in the middle part between the Yinchuan Plain and the Inner Mongolia Prairie, run north-south parallel to the north-flowing Yellow River. Towards its east, there is an irrigated area with the towns of Yinchaun, while towards its west, there is severe desert. It is over 6561 feet above sea level with a peak 11,666 feet.

In the ancient times, Helan Mountain was the place where the northern minorities such as the Xiongnu(匈奴), Xianbei(鲜卑), Tujue(突厥), Huihu(回鹘), Tubo(吐蕃), and the Dangxiang(党项) were stationed. They carved out the scenes of production and life on the rocks of Helan Mountain to express their yearning for and pursuit of a better life, recreating their aesthetics, social customs and life. In the hinterland of Helan Mountain, which is more than 200 kilometers long from north to south, there are more than 20 remains of rock paintings. The most representative of these is the Helankou rock painting.

The artistic style of these rock carvings is wild and dense and thick, in simple design conceiving a unique artistic conception and value. They provide valuable materials for the study of the ways of life, ideas of religion, and war, farming and husbandry, hunting, and astronomy of various ethnic minority groups in ancient China.

It is mainly distributed in Shizui Mountain and Huinong County in the northern section of Helan Mountain.

It is mainly distributed in the middle and northern sections of Helan Mountain, and is carved on the cliffs in the hinterland of the mountains.

How to Get to Helanshan Rock Carvings