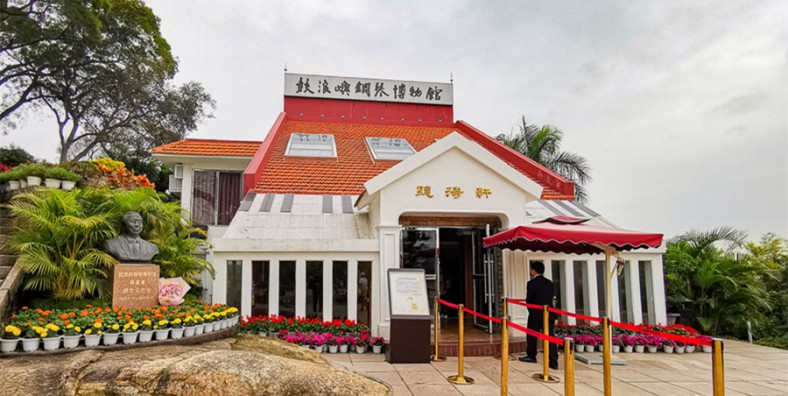 The Piano Museum is located on Gulangyu Island, where you can find over 70 ancient pianos on display collected by Mr. Hu Youyi. What's particularly special is a 1928 American-made, expensive, fully automated Haynes player piano playing the works of Beethoven, Chopin, and Brahms. This acts as the background music for the museum, accompanied by the sounds of Gulangyu Island.

Best Seasons: All year round.

Why is Gulangyu Piano Museum So Special?

Located in the Hall of Roaring Tides in Shuzhuang Garden, the Piano Museum covers an area of nearly 1,000 square meters. Xiamen Gulangyu Piano Museum is the only museum in China displaying various kinds of antique pianos from different countries in the world. All the pianos in the museum were donated by Hu Youyi, a collector of pianos who is a native of Gulangyu Island and now insides in Australia, including nearly 100 precious pianos and over 60 ancient piano lamps collected by Mr. Hu in his life.

In the Piano Museum, tourists can find the “Steinway” piano of the United States and the “Basendorfer” piano of Austria, both produced in the first half of the 19th century, the precious gilded piano, and the oldest hand-operated piano. In particular, in the center of the big hall there are two pianos, which have the patterns of flowers and birds with Chinese classical flavor meticulously and beautiful pieced together with wood.

The piano museum was opened to public on 22nd December, 2001 and it is the first and only of its kind in China. The museum has a huge range of pianos and over 70 of them are from famous brand from all over the world. All the pianos are more than 100 years old. The collector of these pianos, Hu Youyi, lives in Australia now. As per the agreement made between the district government of Gulangyu and Hu Youyi, the pianos would be kept on display for ten years at the museum and would be then donated to the government.

The island itself is known as the piano island since the 20,000 residents of the island own an impressive 620 pianos amongst them. With a specific few pianos, there would be ad-libbing every 30 minutes. Visiting the piano museum will allow you to enjoy the charming piano music created by these ancient and impressive pianos. Other than the impressive piano collection at the museum, visitors will also find quite a lot of old, interesting barrel organs.

The gems in this collection includes a piano which is gold plated, a hand powered antique organ, an 8 pedal ancient piano, a hand powered antique piano, a four corner piano which is the oldest in the world, an ancient 8 pedal piano an auto performing pedal piano and much more. Conductors and famous pianists from all over the world have visited the museum. The first two halls of the museum opened their doors in the year 2000 and included the oldest piano in the collection. This piano was created by Muzio Clementi in the year 1801. Only very few pianos in the world are actually crafted by pianists so it is quite a rare piece.

Xiamen has a subtropical climate, which is generally temperate with abundant rainwater. It has an average annual temperature of approximately 21 centigrade. There is no intense heat in summer and no extreme cold in winter in Xiamen. The city has an average annual rainfall of about 1200mm (47 inches), mainly during the months from May to August. Wind power reaches Grade 3 to 4 in general, with northeast wind representing the dominant wind direction. Owing to the air currents resulting from the difference in temperature in the Pacific, Xiamen is hit by typhoon three or four times annually on average, which mainly occurs during the months from July to September. Xiamen is suitable for traveling all year round, and the best seasons are spring and autumn.

How to get to Gulangyu Piano Museum

If you want to get out of the traffic and hassle of navigation, you can book a private tour package that includes visiting, dining and transfer from us. Our local guide and driver will escort you to Gulangyu Piano Museum in Xiamen in the fastest and most convenient way and take care of all the details. You just have to focus on the visiting.