As the most populous country in the world and third largest in area, China also has the largest number of neighbours sharing its 22,000km land borders. They are: North Korea, Russia, Mongolia, Pakistan, Kazakhastan, Kyrgyastan, Tajikistan, Afghanistan, India, Nepal, Bhutan, Myanmar, Laos and Vietnam. Besides, China’s vast territory is bounded by six maritime countries and they are: Japan, South Korea, The Philippines, Malaysia and Brunei.

The border between China and North Korea is 1,416 kilometreslong. From west to east, the Amnokgang, Paektu Mountain, and the Tumen River divide the two countries. Dandong, in the Liaoning Province of China, on the Amnokgang delta, is the largest city on the border. On the other side of the river is the city of Sinuiju in North Pyongan Province, North Korea. The two cities are situated on the Yalu river delta at the western end of the border, near the Yellow Sea. Their waterfronts face each other and are connected by the Sino–Korean Friendship Bridge.1. North Korea

The highest point in North Korea is Paektu Mountain, which is very significant in Korean culture, in which it is considered a sacred place by the Korean people. Mount Kumgang in the Taebaek Range, which extends into South Korea, is famous for its scenic beauty. The Historic Sites and Monuments in Kaesong and the Complex of Goguryeo Tombs are UNESCO World Heritage Sites. 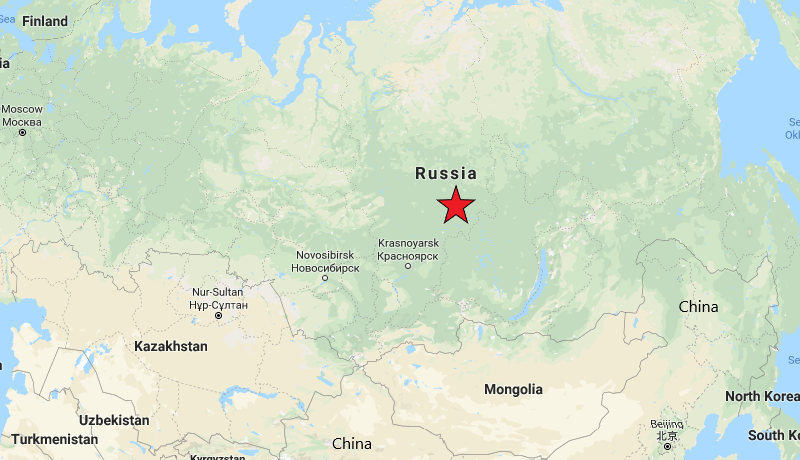 After the final demarcation carried out in the early 2000s, the borders between China and Russia measures 4,209.3 kilometres and is the world’s sixth-longest international border. The China–Russian border consists of two non-contiguous sections: the long eastern section and the much shorter western section.

Russia boasts rich cultural heritage and great natural variety. Major tourist routes in Russia include a journey around the Golden Ring theme route of ancient cities, cruises on the big rivers like the Volga, and long journeys on the famous Trans-Siberian Railway. The most visited destinations in Russia are Moscow and Saint Petersburg, the most famous natural destination is Lake Baikal. The most famous natural destination in Russia is Lake Baikal. 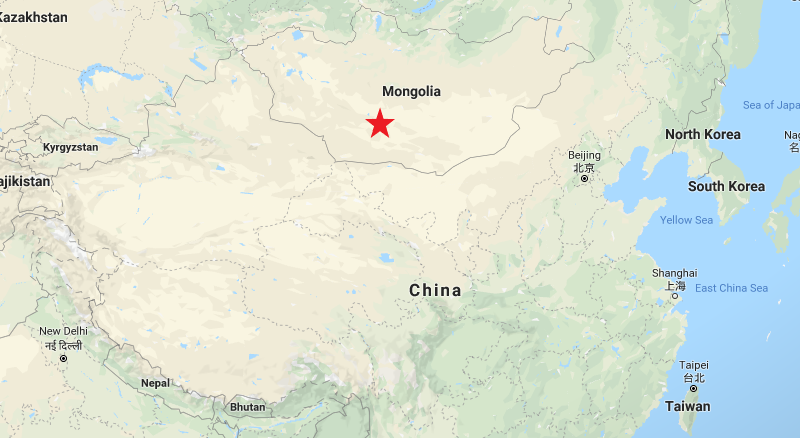 Mongolia takes a large bite out of the northern China. The border between China and Mongolia stretches 4677 kilometers from east to west, between two triple borders China – Mongolia – Russia. In 1206, Genghis Khan founded the Mongol Empire, which became the largest contiguous land empire in history. His grandson Kublai Khan conquered China to establish the Yuan dynasty. After the collapse of the Qing dynasty in 1911, Mongolia declared independence, and achieved actual independence from the Republic of China in 1921.

The main national festival is Naadam, which has been organised for centuries and takes place over three days in the summer, consists of three Mongolian traditional sports, archery, cross-country horse-racing, and wrestling, traditionally recognized as the Three Manly Games of Naadam. Another very popular activity called Shagaa is the “flicking” of sheep ankle bones at a target several feet away, using a flicking motion of the finger to send the small bone flying at targets and trying to knock the target bones off the platform. 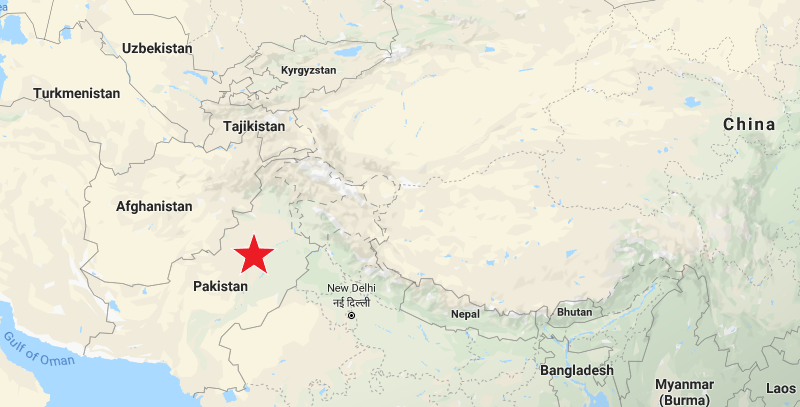 The China-Pakistan border is 438km and runs west-east from the tripoint with Afghanistan to the disputed tripoint with India in the vicinity of the Siachen Glacier. It traverses the Karakorum Mountains, one of the world’s tallest mountain ranges. The Khunjerab Pass is the only modern day border crossing between China and Pakistan, accessed via the Karakorum Highway.

It is the world’s sixth-most populous country with a population exceeding 212,742,631 people. Pakistan is the only country to have been created in the name of Islam. Its tourist attractions range from the mangroves in the south to the Himalayan hill stations in the north-east. The country’s tourist destinations range from the Buddhist ruins of Takht-i-Bahi and Taxila, to the 5,000-year-old cities of the Indus Valley Civilization such as Mohenjo-daro and Harappa.

According to the commissions’ protocols and maps, the two countries’ border line is 1782.75 km long, including 1215.86 km of land border and 566.89 km of border line run along (or across) rivers or lakes. In 2011 a cross-border free trade area opened on the border at Khorgos in an effort to boost Chinese-Kazakh trade.

Kazakhstan is the ninth-largest country by area and the largest landlocked country. Tourism in Kazakhstan is “hugely underdeveloped”, despite the attractions of the country’s dramatic mountain, lake and desert landscapes. It established a visa-free regime for citizens of 45 countries, including European Union and OECD member states, the US, the UAE, South Korea, Australia, and New Zealand.

The China-Kyrgyzstan border is 1,063km in length and runs from the tripoint with Kazakhstan following a roughly south-west line across various mountain ridges and peaks of the Tian Shan range down to the tripoint with Tajikistan.

Kyrgyzstan has been at the crossroads of several great civilizations as part of the Silk Road and other commercial and cultural routes. One of the most popular tourist destination points in Kyrgyzstan is Issyk Kul Lake. Numerous hotels, resorts and boarding houses are located along its northern shore. The most popular beach zones are in the city of Cholpon-Ata and the settlements nearby, such as Kara-Oi (Dolinka), Bosteri and Korumdy.

The China-Tajikistan border is 477km in length and runs from the tripoint with Kyrgyzstan following a roughly north-south line across various mountain ridges and peaks of the Pamir range down to the tripoint with Afghanistan. Karasu Port(卡拉苏口岸) in Xinjiang is the only land port open to Tajikistan.

Its mountains are some of the most beautiful in the world and the terrain is wild and remote in many parts. The main attraction for tourists is the road trip on the ‘Pamir Highway’ (M41), journeying from the capital, Dushanbe, eastwards into the Pamir mountains and onwards to the north-eastern border between Tajikistan and Kyrgyzstan.

Although Afghans in general are very friendly to tourists, their country is not very safe because foreign tourists have been kidnapped and sometimes killed.

As for the China-India border, there is always some disputes. The Line of Actual Control (LAC) is a demarcation line that separates Indian-controlled territory from Chinese-controlled territory in the former princely state of Jammu and Kashmir, formed after the 1962 war.

There are 37 World Heritage sites in India that are recognised by the United Nations Educational, Scientific and Cultural Organization (UNESCO) as of August 2017. These are places of importance of cultural or natural heritage as described in the UNESCO World Heritage Convention, established in 1972.

The border between China and Nepal is 1,414 kilometres (879 mi) in length, along the mountain range the Himalayas, extends northwest-southeast direction, separating the south of Tibet Autonomous Region of China and the territory of Nepal.

Possessing eight of the ten highest mountains in the world, Nepal is a hotspot destination for mountaineers, rock climbers and people seeking adventure. The Hindu and Buddhist heritage of Nepal and its cool weather are also strong attractions. Major tourist activities include wilderness and adventure activities such as mountain biking, bungee jumping, rock climbing and mountain climbing, trekking, hiking, bird watching, flights, paragliding and hot air ballooning over the mountains of Himalaya, etc.

The border between Bhutan and China is a sinuous line of 470 km (290 mi) long, in a north-south-east direction, which separates Bhutan to the south from Tibet, an autonomous region of China, to the north. At present, China and Bhutan have not established diplomatic ties.

Bhutan has restricted the level of tourist activity from the start, preferring higher-quality tourism. Most foreigners cannot travel independently in the kingdom. The arrangements must be made through an officially approved tour operator, either directly or through an overseas agent. The most important centres for tourism are in Bhutan’s capital, Thimphu, and in the western city of Paro, near India.

The border between China and Myanmar begins at Hkakabo Razi (5881 m), the highest mountain in Southeast Asia, passing through the mountain ranges of Jigongshan and Jiangaosh (3302 m). It continues through mountainous areas and a small northern section of the Mekong River, before ending at the border with Laos. Yunnan is China’s window and gateway to southeast Asia and South Asia.

The most popular available tourist destinations in Myanmar include big cities such as Yangon and Mandalay; religious sites in Mon State, Pindaya, Bago and Hpa-An; nature trails in Inle Lake, Kengtung, Putao, Pyin Oo Lwin; ancient cities such as Bagan and Mrauk-U.

With Buddhism as its main religion, there are hundreds of Buddhist monasteries, temples and stupas in just about every city in Laos, with the most popular ones scattered across Luang Prabang. The whole of the ancient capital of Luang Prabang is a UNESCO World Heritage Site.

The China-Vietnam border measures about 1,281 km. In several areas, the land border between the two countries runs along rivers. A number of border ports for vehicular and pedestrian traffic operate on the border located in Guangxi and Yunnan Provinces.

For backpackers, culture and nature lovers, beach-lovers, military soldiers and veterans, Vietnam has become a new tourist destination in Southeast Asia. Since 2014, Hanoi has consistently been voted in the world’s top ten destinations by TripAdvisor. Hạ Long Bay is one of New Seven Natural Wonders of the world.

The Korean Peninsula extends southward from the northeast part of the Asian continental landmass and the Shandong Peninsula of China lies 190 kilometers to the west. Seoul is the principal tourist destination of South Korea for visitors; popular tourist destinations outside of Seoul include Seorak-san national park, the historic city of Gyeongju and subtropical Jeju Island. China has been South Korea’s largest tourism source for years.

Bounded by the South China Sea on the west, the Philippines shares maritime borders with Taiwan(China) to the north. The country’s rich biodiversity is one of the main tourist attractions with its beaches, mountains, rainforests, islands and diving spots among the most popular tourist destinations. Boracay has glaring white sand beaches and was named as the best island in the world by Travel + Leisure in 2012. The Philippines is also one of the favorite retirement destinations for foreigners due to its warm climate all year round, beaches and low cost of living.

Malaysia is separated by the South China Sea into two similarly sized regions, Peninsular Malaysia and East Malaysia (Malaysian Borneo). Malaysia is ranked 9th in the world for tourist arrivals. The diverse culture, beautiful holiday destinations, and unique attractions have made the country one of the most popular destinations for tourists. The major attractions include historical structural buildings such as Stadthuys and Malacca Christ Church, museums, national parks, beaches, resorts, and towers. Malaysia is also a shopping destination with varieties to offer shoppers.

Brunei has a coastline with the South China Sea and the country is completely surrounded by the Malaysian state of Sarawak. It boasts a colourful exhibit of fascinating customs and rich nature, with a contemplative respect for religion. Brunei is noted for ecotourism and cultural, heritage and Islamic tourism. Birdwatching is one aspect of nature tourism identified in the Brunei Tourism Masterplan.

Nature and culture are major attractions of Indonesian tourism. The former can boast a unique combination of tropical climate, vast archipelago and long stretch of beaches, and are complemented by a rich cultural heritage that reflects Indonesia’s dynamic history and ethnic diversity. Indonesia has a well-preserved natural ecosystem with rain forests. Moreover, Indonesia has one of world’s longest coastlines, measuring 54,716 kilometres. It has 8 UNESCO World Heritage Sites, including the Borobudur Temple Compounds and the Komodo National Park.