National holidays in China, also called public holidays, are: New Year, the Spring Festival (Chinese New Year), the Qingming Festival, Labor Day, the Dragon Boat Festival, the Mid-Autumn Festival, and National Day. Besides, there are additional holidays for specific social groups such as International Women’s Day, Youth Day, etc. Each year’s holidays are announced about three weeks before the start of the year by the General Office of the State Council. Weekends are usually swapped with the weekdays next to the actual holiday to create a longer holiday period. 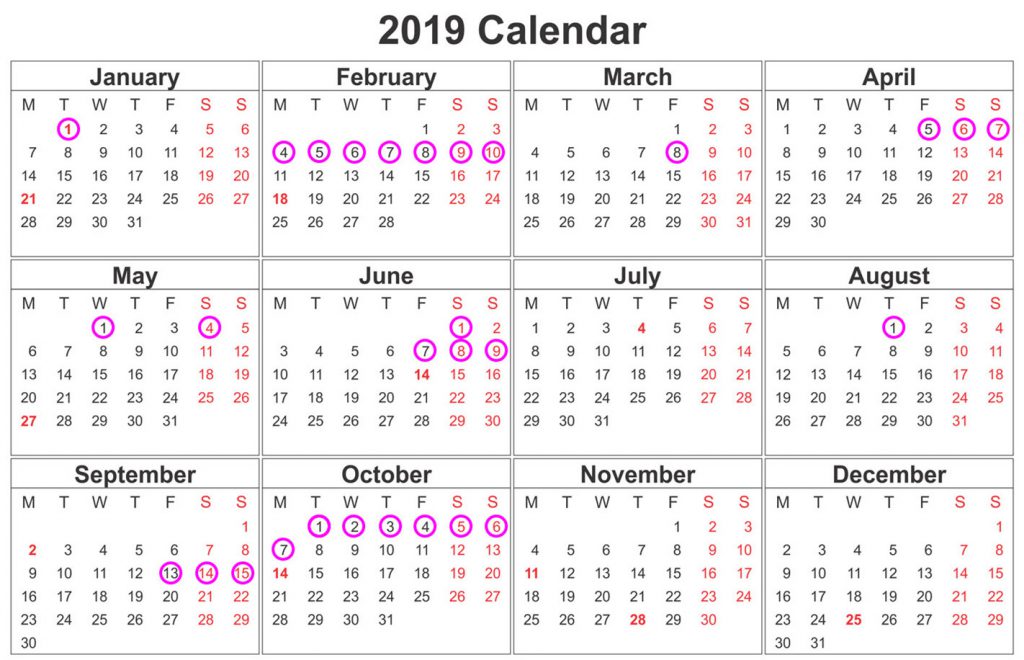 Besides, there are additional holidays for specific social groups such as International Women’s Day, Youth Day, etc.

New Year’s Day is 1st January, the first day of the year in the Gregorian calendar, which falls exactly one week after the Christmas Day of the previous year. Usually Chinese people have 3 days off after being swapped with the weekdays next. Read more about New Year’s Day.

China Spring Festival is the most important festival and holiday in the county, traditionally a time for reuniting with relatives, beginning on the 23rd day of the 12th lunar month of the Chinese calendar and ending on the 15th day of the first lunar month. There is a 7-day long holiday during the festival and it’s a good time to experience the traditional culture of China. Read more about Chinese Spring Festival.

Also called Tomb-Sweeping Day, the festival is an important day of sacrifice for many Chinese people, which is also a great time for spring outing. During the day, Chinese families visit the tombs of their ancestors to clean the gravesites, pray to their ancestors, and make ritual offerings. Read more about Qingming Festival.

Labour Day marks a special celebration for the workers in China, offering them a holiday as a testament to their cause. Chinese people have a 3-day holiday and many people will got outing for a relax. Read more about Labor Day.

Also known as the Duanwu Festival, it is a traditional cultural festival in China. Racing decorated wooden dragon boats is the favoured activity of revellers during the Dragon Boat Festival. There is a 3-day holiday for the festival. Read more about Dragon Boat Festival.

The Mid-Autumn Festival, also known as the Moon Festival, Zhongqiu Festival, is a popular harvest festival celebrated by Chinese. Families congregate to dine on mooncakes and celebrate the harvest moon. Chinese mainland has 3 days off and in Hong Kong, Macau and Taiwan, people enjoy one day off. Read more about Mid-Autumn Festival.

The People’s Republic of China’s National Day was originated on October 1st, 1949. Ever since 1950, every October 1st has been grandly celebrated by Chinese people. Chinese people have a week off in early October each year and it is the biggest week in China for tourism. Read more about National Day.

There are two golden weeks in China: Spring Festival and National Day. Chinese people have two 7 days off during the festivals, so a large number of Chinese people go traveling around the country. Thus, it promotes the development of tourism, during the time, the hotel rooms, train or plane tickets will be in short supply and the tourist attractions are over-crowded.

Chinese National Day holiday is a golden time for travel due to clear weather and comfortable temperatures in autumn. So if possible, avoid traveling during the Golden Week.

And Chinese New Year will meet a travel rush due to all migrant workers and students are on their way home. The public transport and other public service sectors have shorter opening hours during the holiday.