On November 30, 2016, the UNESCO has inscribed China’s “The Twenty-Four Solar Terms” on the Representative List of the Intangible Cultural Heritage of Humanity. 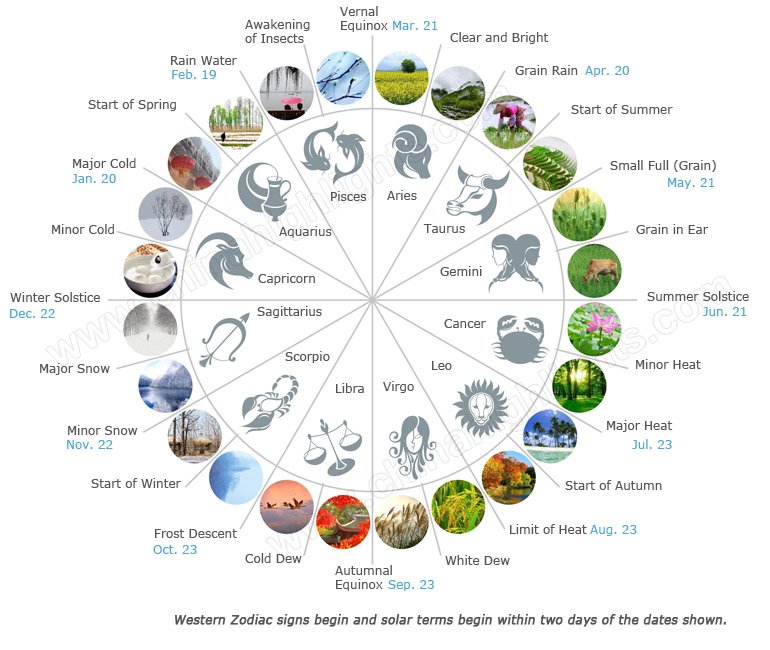 Additionally, there is a locally famous song that has been spread for many centuries. And Chinese people named it The Song of 24 Solar Terms. What it includes exactly will be shown as below: