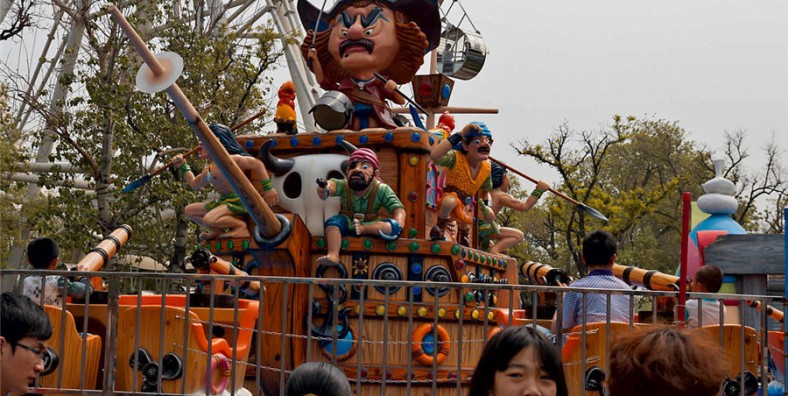 Tianjin Water Park was originally called Qinglongtan. As a scenic area, its history can be traced back to the beginning of last century. It is the largest comprehensive park in Tianjin City.

Why is Water Park So Special?

The park presents a charming landscape, dotted by crystal lakes, tree-shaded corridors, exquisite gardens and various lively plants. Besides the picturesque scenery, the man-made tourist landscapes in the Water Park are equally attractive. Due to its unique charming beauty, the Water Park has become a magnet for tourists from home and abroad. Come for relaxation and fun.

Where is Water Park

Tianjin Water Park is located in the south of the city. The park covers 494 acres (200 hectares), half of which are underwater. It is one of the ten most attractive scenic spots in Tianjin and is regarded as the “West Lake” in northern China.

Tianjin Water Park was formerly known as “Qinglongtan” before it was officially completed. Its history can be traced back to the first century a.d. Historically, this place is famous for its lush vegetation and natural ecosystem, especially in summer and autumn. With the establishment of Beiyang University and Nankai University in the early 19th century, the waterways in the park became very popular with staff and students in the hot summer. The groundbreaking of Tianjin Water Park took place on August 26, 1950. At that time, it occupied 125 hectares. It was officially opened to tourists on July 1, 1951. In 1991, it was considered to be one of the ten best scenic spots in Tianjin. In 2004, it was listed as AAAA tourist attraction by the National Tourism Administration. In 2009, it underwent a large-scale transformation and became a comprehensive park.

There are different flower shows in the four seasons. In spring, tulips are in full bloom. In summer, the Lotus Festival begins. In autumn, chrysanthemum blooms. In winter, candy in winter becomes the beauty of flowers. In addition, it also includes many other delicate gardens, such as the Potted Landscape Garden, Shenhu Tea House and Ranbo Garden. The potted landscape garden is the largest in northern China, where tourists can enjoy more than 400 excellent bonsai works of different designs.

Besides the picturesque scenery, the man-made tourist landscape in the water park is also attractive. Wanfo Island is located in the West Lake and is a scenic spot with the theme of traditional Chinese Buddhism. Young people can enjoy themselves in the amusement park northeast of the park. There are many other activities along the lake, such as taking minibuses, yachts, pedal boats and tourist boats. At the southernmost end of the water park complex, there is Tianjin zoo, covering 132.9 acres (53.77 hectares) and more than 200 species of animals.

Apart from the natural scenery in the park, entertainment facilities are the most exciting thing. The amusement area of Tianjin Water Park has one of the highest ferris wheels in the city. Tourists are also encouraged to travel on the lake through rowing boats and high-speed seaplanes.

The best time to pay a visit is in June to September.

The main climatic characteristics are clear seasons, windy spring, drought and less rain. The summer is hot and the rain is concentrated. In autumn, the air is cool and the temperature is moderate. Winter is cold and dry with less snow. Therefore, late spring, early summer and autumn are the best seasons to visit Tianjin.