Wangtianshu Scenic Area and The Air Corridor in XishuangBanna

China’s Sanchahe Nature Reserve in Mengla County, Yunnan Province, is located in a tropical rain forest corridor that stretches from China into neighboring Burma and Laos. Sanchahe Nature Reserve is famous for its biodiversity and undisturbed habitats for both animals and plants. To better facilitate the scientific study of these habitats and to provide sustainable access to tourists without unduly interrupting the activity of the animals (interrupting the wild elephants can in fact be life-threatening, so one is advised never to attempt to approach these shy animals) or trampling the flora under foot, a 2½-kilometer-long aerial walkway was constructed with the help of a $300,000 grant from a U.S. wildlife organization.

The aerial walkway was an integral part of the eco-tourism plans of Sanchahe Nature Reserve, as it was felt that providing visitors an open-air museum, as it were, helps to raise awareness of the plight of the tropical rain forest (there are a number of rare tropical plants here which scientists believe may hold the key to the cure of known as well as yet-to-be-known diseases) on the one hand, and, on the other hand, provides income to the local population, thus obviating the need to exploit the rain forest for the purpose of a livelihood, which exploitation could very well result in the irrevocable loss to mankind of potentially beneficial, medicinal plants.

The walkway, or footbridge, is suspended between a series of very straight and very tall (up to 80 meters high) indigenous trees, the Parashorea chinensis*  (aka “the giant of the rain forest”), by means of steel cables onto which are attached the ropes which support the walkway itself. Below one may be lucky enough to spot any of a number of endangered animal species such as the golden monkey or the wild peacock or – if one is very, very lucky – a flock of wild elephants, though these tend to be quite shy, as indicated.

For those who wish to overnight in Sanchahe Nature Reserve a tourist villa in the shape of a bird’s nest can be rented for the night. There is also an elephant show at Sanchahe that will delight anyone who enjoys watching these amazingly quick-learning, intelligent animals perform.

There is a tree called the Wang Hsie Tian, or simply Wang Hsie, after the botanist who identified it in 1992 (aka the “species authority”), but the tree is better known in Sanchahe Nature Reserve by its pictoresque monikers, the “looking-up-to-the-sky tree” and the “cloud-kissing tree” (a tree’s equivalent of “sky scraper”?). Prince Philip, President Emeritus of the World Wildlife Fund, paid a visit to Xishuangbanna in 1986, where he planted a specimen of the Wang Hsie Tian. The tree’s botanical name is, as indicated, Parashorea chinensis (or simply Shorea chinesis), but it is sometimes referred to as Shorea wangtianshuea, in deference to its identifying authority.

How to get there:
Take the regional bus from the city of Jung Hong to Meng La county. From there one must take a special mini-bus out to the Sanchahe Nature Reserve Aerial Walkway via a 20-kilometer gravel road. Price: 3.00 yuan to 5.00 yuan, depending on where one boards the regional bus. 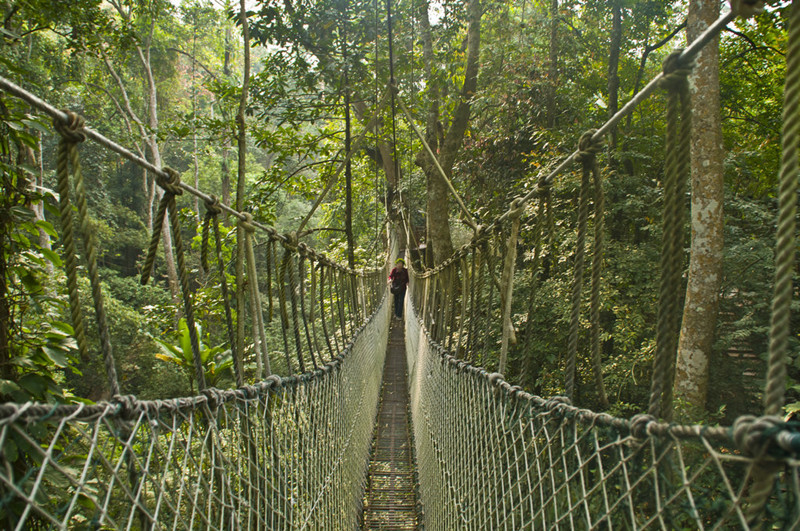 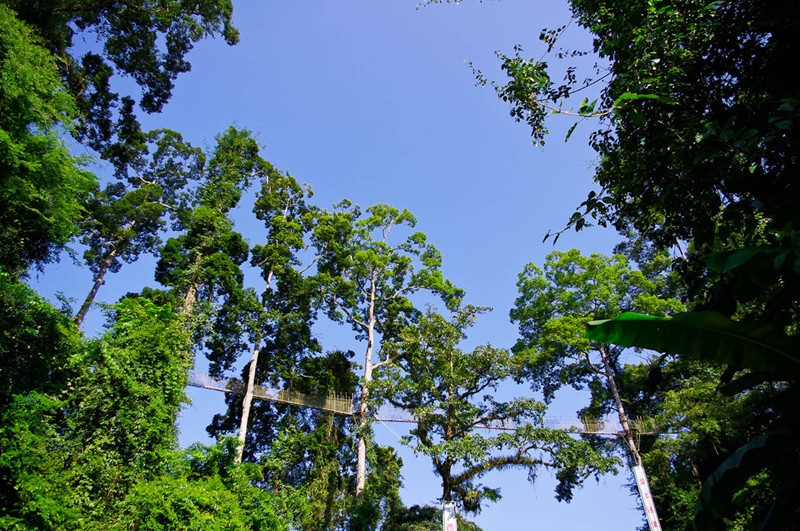