The drivers and tour guide will meet you at the Beijing airport, and transfer you to your hotel for rest. You are free to explore this city with 2000 years history on your own today. 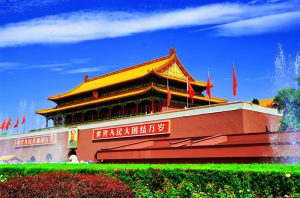 Today, your private driver and tour guide will pick you up at your hotel and start your tour from Tian’anmen Square. Tian’anmen, is located in the center of the capital of the People’s Republic of China in Beijing, the south of the Forbidden City. You can see the the Ieople’s Heroes Monument, Chairman Mao Memorial Hall, the Great Hall of the Heople, the National Museum of China on Tian’anmen Square. It  covers an area of 4800 square meters, with outstanding architectural art and special political status attracting the world attention.

Then you will turn to the adjoining Forbidden City, a must-do when you are in Beijing. It is located in the center of the central axis of Beijing It is the essence of ancient Chinese palace architecture. There are more than 70 large and small palaces, and more than 9,000 houses. It is one of the largest and most complete ancient wooden structures in the world. Apart from the impressive architecture, the Forbidden City also has a very fascinating history attached. 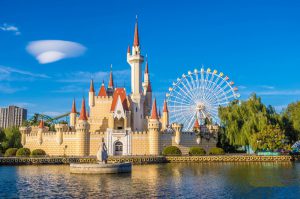 Keep going toward north, you will arrive at Jingshan Park. Jingshan park is also located on the central axis of Beijing. It was the Imperial Palace Park during the Ming and Qing dynasties. The hill in the center of the park is a mound which was once the hightest place of the city.

In the afternoon, you will feel the scent of Old Beijing by taking the rickshaw through the old Hutong (means alley). Beijing Hutong is not only the arteries and veins of the city and the thoroughfares of traffic, but also the places where ordinary people live and the important stage for the development and evolution of Beijing’s history and culture. It records the changes of history, features of times, and contains a strong cultural atmosphere. It’s like a folk customs museum, branded people’s various social life.

This morning, you will start you tour at the Temple of Heaven Park. It was the place where the Ming and Qing emperors worshiped the heaven and prayed for the harvest every year. The Temple of heaven is also famous for its rigorous architectural layout, peculiar architectural structure and magnificent architectural decoration.

Then you will visit The Mutianyu Great Wall which is located in Huairou district of Beijing, 73 kilometers away from the urban area of Beijing. With a long history and splendid culture, it enjoys the reputation of “Thousands miles of the Great Wall, Mutianyu shows alone” at home and abroad. More than 90% scenic area is covered by vegetation. The Mutianyu Great Wall is 5400 meters long, which is the longest Great Wall in China, and also one of the Famous Sixteen Scenic Spots in Beijing. 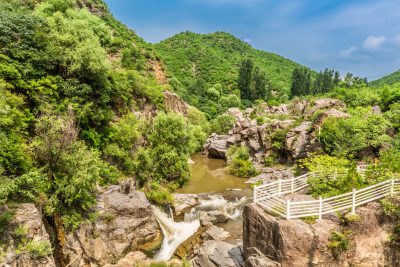 Transfered to Yanqing District where is about 90 kilometers away from downtown of Beijing.  2019 Yanqing World Horticultural Exposition take “Green life builds beautiful home” as the theme, with a total planning area of 960 hectares. The exposition is divide into China, internation, plant and life experience exhibition halls. It was held on April 29, 2019, and it will be closed on October 7, 2019, lasting for 162 days.

Drive back to Changping District hotel for rest when the tour finish. 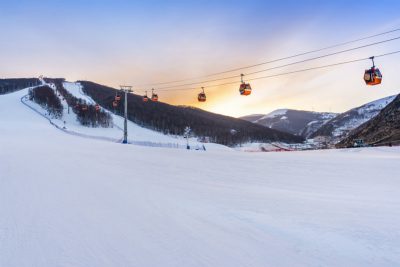 Drive 200 kilometers from Yanqing to Thaiwoo Ski Resort in Chongli District, Hebei. It is the largest comprehensive ski resort in China with the total land area of 40 square kilometers. The snow item of 2022 Winter Olympics Games will be host here.

Thaiwoo Ski Resort has the highest mountain peak in Chongli county, Yushiliang Mountain(2160 meters above sea level). The vertical drop of mountain is up to 510 meters, and the snow cover lasts for 150 days. It is located between 40 and 50 degrees north latitude with the world-famous Rocky Mountains and Alps, and it is recognized as the golden zone of “mountain vacation” in the world. You can alpine skiing, cross-country skiing, snowboarding entertainment facilities, winter camp in the winter, and mountain biking, mountain kart, hiking, rock climbing, summer camp, orienteering in the summer.

Transfer back to Chongli District hotel. 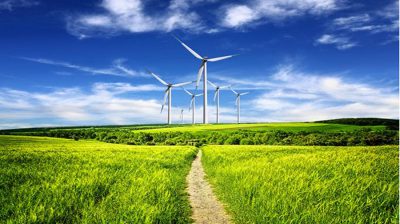 After breakfast, set off from chongli, and drive 70 kilometers to the Grass Skyline which has the total length of 132.7 kilometers. It is like a dragon twining, winding, ups and downs, stretching more than 100 kilometers around the mountains. The blue sky meets it, and the white clouds echo it.  It feels like walking in the clouds  when you walking on the it, hence it gain the name “Skyline”.
(Oversize vehicle can not pass Grass Skyline directly, you need to transfer to the local light traffic for sightseeing.)

The Northern Terraces are not one of the common sights seen in the north. And if there were not the Grass Skyline, it would be hardly to image how far you have to go to see them. The color of summer is  green only, but still can see the terraces have distinct gradation. In autumn, the most interesting of the Northern Terraces, except the crossed colors and lines, are the piles of the harvest.

Drove to the Zhangbei County after the tour.

Drive about 140 kilometers to Fengning. Visit Bashang Grassland which is mainly composed of north Beijing first grassland scenic area and Grass Skyline and other areas.  Bashang Grassland  is located in Fengning Man Autonomous County of Hebei Province. It is an important part of the Inner Mongolia plateau. Zhongfengning bashang grassland It is the closest natural grassland to Beijing, also known as ” The First Grassland In the Northern Beijng”.

After tour, you will be transfer back to Fengning hotel. 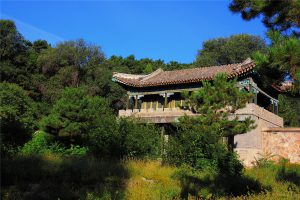 Today, you will visit Chengde Mountain Resort in the afternoon because it’s 3-4 hours drive from Fengning to Chengde in Hebei.

Chengde Mountain Resort is one of the Three Ancient Architectural Complexes in China, also called “Chengde Ligong (Ligong: A palace for emperor on tour)” or “Rehe Xinggong (Xinggong: same meaning of Ligong)”. It is located in the north of chengde city, on the long and narrow valley of western Wulie River. It is the summer resort for emperor to deal with government affairs in Qing dynasty.It took 89 years to build, going through three generation including Kangxi, Yongzheng, Qianlong.

The Chengde Mountain Resort takes the simple and elegant mountain village as the style; takes the essences of the natural landscape; absorbs landscape the south of the Yangtze river the north scenery, which make it becomes the largest existing imperial resort in China. Its biggest characteristics are the mountain in the garden, and the garden in the mountain. The building group are more than 120. Among this scenes, 36 scenes was formed with four words by Kangxi, 36 scenes was formed with three words by Qianlong, this is the famous 72 scenes in the resort.

You will have a good rest in Chengde City tonight.

After breakfast, you will be transfered to Beijing Airpor from Chengde for departure.