Explore the charm of Ningxia Hui Autonomous Region with this Yinchuan tour by visiting its most famous attractions including Helanshan Rock Carvings, Nanguan Mosque and Western Xia Tombs.

You will be warmly welcomed by our tour guide at the airport and then be transferred to the hotel for check in. Have a good rest for the remainder of the day. 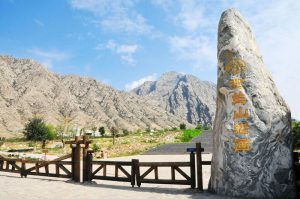 The next destination arranged will be Western Xia Tombs. Western Xia Imperial Tombs are located at the foot of the Helan Mountains in the Ningxia Hui Autonomous Region. The site occupies an area of 50 square kilometers. There are nine imperial mausoleums and 250 tombs of imperial relatives and officials. This burial complex lies 40 km westward from capital city of the Western Xia, the Xingqing fu or Xingqing which is the current Yinchuan. With its historic and cultural background, together with the surrounding magnificent Helan Mountains and spectaculars desert, Western Xia Tombs are popular tourist attraction in Yinchua.

At last, our guide will transfer you back to the hotel. 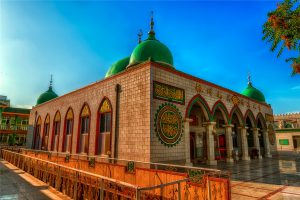 As this Ningxia tour concludes, our guide will transfer you to the airport for your departure flight. Have a nice trip!