Temple of Confucius in Beijing 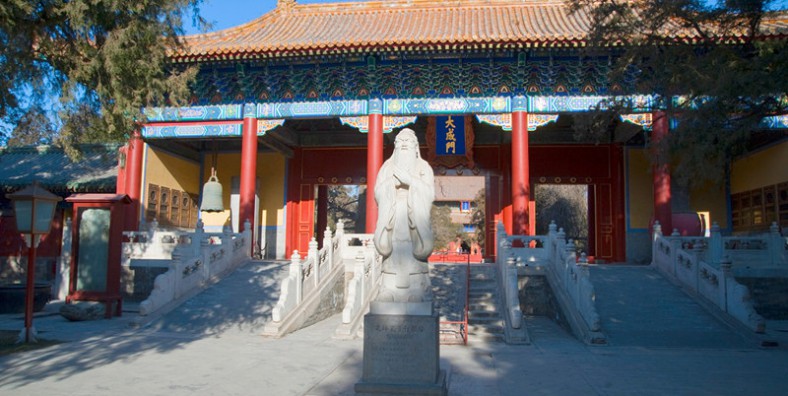 Why is Temple of Confucius so Special?

Located in Guozijian Street in Beijing’s Andingmen, adjacent to Confucius Temple and Yonghe Palace, it is the highest administrative organization and the highest institution of learning set up by the state for the management and education of the three dynasties of the Yuan, Ming and Qing dynasties.

History of Temple of Confucius

The Confucius Temple in Beijing was founded in the Yuan Dynasty in the 14th century AD. After Kublai Khan of Yuan Shizu established his capital in Beijing, in order to strengthen ideological rule, he ensnared the feudal nobles and literati of the Han nationality, ordered to attack the old codes of past dynasties and ordered Wang Ji to build the Xuansheng Temple in the Privy Council of Jin to offer sacrifices to Confucius

In the 32nd year of Guangxu’s reign (1906), the ritual of offering sacrifices to Confucius was promoted to great sacrifice, and the Confucius temple was also repaired on a large scale.

In April 2005, Beijing Confucius Temple underwent its first large-scale renovation in 50 years. This renovation mainly focused on restoration and maintenance of ancient buildings, restoring the building scale and style of Qing Dynasty.

The Confucius Temple in Beijing has a grand scale, covers an area of 2.38 hectares, has an ancient building area of 7,400 square meters, and has 286 existing houses, with a total of three courtyards in the front and back. The central axis is sequentially composed of five buildings: Xianshi Gate, Dacheng Gate, Dacheng Hall, Chongsheng Gate and Chongsheng Temple.

After more than 700 years of historical and cultural accumulation, Confucius Temple has left behind precious cultural relics, which have become important historical materials and objects for studying ancient Chinese imperial examinations and Confucius Confucianism. Confucius Temple has a rich collection of historical sites, and is best known for its stone carvings. There are mainly inscriptions for Jinshi, Ganlong stone drums, thirteen classics and Ming and Qing stone steles.

Prince kung’s Mansion: Prince Gong’s palace went through the historical process of the Qing Dynasty from its heyday to its decline, carrying extremely rich historical and cultural information. Under Zhou Enlai’s concern, Prince Gong’s palace vacated and completed its renovation work in 28 years, making it the only Qing Dynasty Mansion in China open to the public at that time.

Beihai Park: Beihai Park, located in the center of Beijing City, is the oldest, best preserved and most profound classical royal garden in China’s existing history.

Shichahai: There are many palaces and gardens around Shichahai, hutongs and quadrangles that make up the customs and culture of old Beijing and the history of old Beijing.