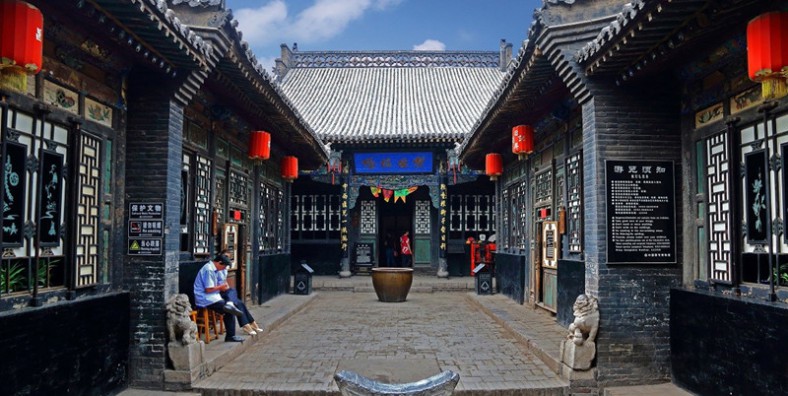 Why is Rishengchang Former Bank so Special?

Rishengchang Former Bank is the earliest exchange shops in China. It is the first private financial institution in China that specializes in deposit, loan and exchange business. It was founded in 1824, Qing Dynasty, the first manger is Lei Lvtai(雷履泰). In Chinese, Rishengchang means the rising sun, and the intention is the flourishing of business. Today, the old site of Rishengchang has been opened as the Museum of Piaohao in China(中国票号博物馆). What people see and hear here is the same scenery of the past.

Rishengchang Former Bank is located on the west stret(西大街) of Pingyao Ancient City, Shanxi Province, it lies about 100km away from Taiyuan, the capital of Shanxi Provinnce.

In the mid-Qing Dynasty, due to the need of commodity circulation and currency turnover, a kind of institution specializing in money exchange business was created, which was called Piaohao(票号). This industry was contracted by Shanxi(山西) people, also known as Shanxi banking house(山西票庄). It monopolized the whole country’s money exchange industry. At that time, there are 17 the large banking house  in the whole country, and 7 of them are managed by Pingyao people. The biggest one is Rishengchang, managed by Lei Lvtai(雷履泰).

Rishengchang had such a thing happened in the use of managers. Li famly hired Lei Lvtai(雷履泰) as The manger of Rishengchang former bank. Lei Lvtai was trusted by Li family very much. But Lei controls everything about the business. He does not let Mao Honghui(毛鸿翙), the second manager, to manage the busness, even when he was ill. So, Mao was unhappy about this. Once, Mao took advantage of Lei’s illness, and suggested to Li family that Lei should go home to rest because of his serious illness. Li thought it was a concern for Lei’s condition and adopted the suggestion. However, Lei very angry about this practice, he was ready to hand over busness to the financial owners and resign. When Li learned that Lei Lvtai was going to resign, he panicked and rushed to Lei’s home to greet him.

Originally, Lei Lutai thought that Mao wanted to seize the power when he was sick, and Li adopted Mao’s idea of letting Lei go home to rest, and Lei had to go home to rest, so he resigned to threaten Li. Li considers that Lei Lvtai was good at business, if he resigns, he will bring great loss to the business. Li politely asked Lei Lvtai to remain in office, but Lei did not accept. Li was in a hurry and knelt down to beg for Lei. When Lei Lvtai saw what his financier had done, he cancelled his intention to resign. From then on, Li trusted Lei only, Lei Lvtai also tried his best to manage, and finally made Rishengchang the strongest one of the exchange banks, earning a lot of money for Li.

How to Get to Rishengchang Former Bank

Take a tourist bus to Pingyao Ancient City from Taiyuan Railway Station at 6:30am, the journey will take about 1 hour.
Take a bus from Taiyuan Jiannan Bus Station(太原建南客运站) to Pingyao at 8:00, 8:10, 9:00 or 10:00 in the morning.

Take a taxi from Taiyuan to Pingyao Ancient City directly, it costs about 350 CN￥.

Pingyao ancient city famed for its importance in Chinese economic history and for its well-preserved Ming and Qing urban planning and architecture. By the 16th century, it was a regional financial hub; some consider it to have been the financial centre of the Qing Dynasty in the late 19th century. It is a UNESCO World Heritage Site and a AAAAA-rated tourist attraction.

Pingyao Ming and Qing Street has been a commercial center of Shanxi Province since the Ming Dynasty. It is also an essential cultural relic of Pingyao County as it has retained the traditional buildings of the Ming and Qing dynasties along the street. Tourists can find a lot of ancient shops and banks on the street.

The walls surrounding Pingyao Ancient City were first built in the Xizhou(西周), and have a history of about 2,700 years. The ancient city walls measure 10 meters high and 6,162 meters long, 3.5 meters wide. The walls are one of the four best preserved ancient city walls in China.

Autumn and Winter are the best time to visit Pingyao. For Autumn, there is Pingyao International Photography Festival waitting for you. For winter, you can enjoy the beautiful snow scenry at Pingyao Ancient City.