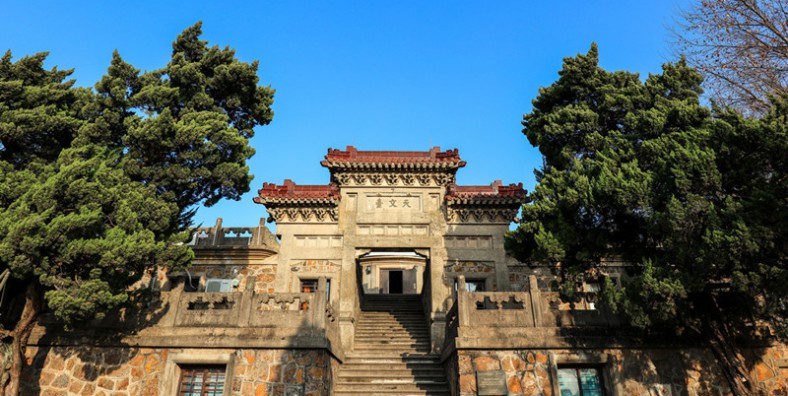 Purple Mountain or Zijin Shan, Zhongshan Mountain, is located on the eastern side of Nanjing in Jiangsu province. Covered by verdant trees, the main peak of Purple Mountain is 448.9 meters above sea level. Its peaks are often found enveloped in mysterious purple and golden clouds at dawn and dusk, hence its name. It is a national 5A tourist scenic spots in Jiangsu, as well as a world cultural heritage. Purple Mountain is not only full of beautiful natural scenery but also rich in cultural.

Highlights of the Purple Mountain

The First Mausoleum of the Ming and Qing Dynasties

Ming Xiaoling is the mausoleum of King Zhu Yuanzhang(朱元璋), the first emperor of Ming dynasty, and Queen Ma(马氏). Ming Xiaoling represents the the highest achievements of Ming architecture and stone carving art. It has a direct impact on the Ming and Qing dynasties imperial mausoleum of more than 500 years, such as the imperial mausoleum in Beijing, hubei(湖北), liaoning(辽宁), hebei(河北) and other places. Ming Xiaolingin China has a special position in the development of the mausoleum, it has the reputation of The First Mausoleum of the Ming and Qing Dynasties.

The Cultural Center of Meihua

Meihua Mountain’s Meiyuan is famous for its variety. Tourists come here to appreciate the Meihua flower endlessly. The the tourists here is more than 100,000 every day in peak season. With its unique natural and cultural advantages, Nanjing Meihua Mountain attracts more and more tourists from home and abroad, and gradually becomes the Meihua Cultural Center of the whole country.

Sun Yat-sen Mausoleum is the tomb of Mr. Sun Yat-sen, the forerunner of the Chinese democratic revolution.

The construction of the Dr. Sun Yat-sen’s Mausoleum was started in 1926 and completed in 1929. The whole scenic area looks like an alarm bell as seen from the air, symbolizing the noble spirit and heroic efforts of Dr. Sun Yat-sen’s devotion to the Chinese people, fight of oppression and wining the independence of the country. The whole building is built according to the mountain and gradually rises along the central axis from south to north. The main buildings are Boai Fang(博爱坊), Mausoleum Passage(墓道), Mausoleum gate(陵门), Stone Steps(石阶), Stele Pavilion(碑亭) and so on, which are arranged on a central axis, reflecting the style of traditional Chinese architecture.

Zhongshan Botanical Garden is located in Zhongshan National Scenic Area, covering 186 hectares. The original name, ‘Botanical Garden Memorial Sun Yat-Sen’, commemorated Dr. Sun Yat-Sen, the pioneer of Chinese democratic revolution. In 1954, it was renamed as Nanjing Botanical Garden. It is China’s first national botanical garden, and one of China’s four major Botanical Gardens. With mild climate and lush vegetation, the garden is not only a charming tourist resort, but also a mysterious plant kingdom.

Linggu Temple is located on the south foot of Purple Mountain. Linggu Temple was first built in 515 during the Liang dynasty, it was named Kaishan Temple(开善寺), and was built to commemorate the famous monk Baozhi(宝志禅师). Latter, Zhu Yuanzhang(朱元璋), King of the Ming Dynasty, named it Linggu Temple and call it “the best Buddhist temple in the world”(天下第一禅林).

Lingu Temple used to covered an area of over 300,000 square metres. Later it was destroyed in warfare during the reign of the Xianfeng Emperor(咸丰皇帝) in the Qing dynasty (1644–1911) and rebuilt during the reign of the Tongzhi Emperor(同治皇帝). In the temple, except for buddhas and bodhisattvas, Xuanzang(玄奘) and his relics were enshrined and worshipped.

How to Get to Purple Mountain in Nanjing

If you want to get rid of hustle of transportation and troublesome navigation, you can book a private tour package which covers visiting, dining and transfer from us. Our local tour guide and driver will escort you to Purple Mountain with speed and convenience, and take care of all the details. You just need to focus on travel.

Top 2 Purple Mountain tours chosen by most customers to explore Purple Mountain in the best way. Check the detailed itinerary, or tailor your own trip now with us. We provide some tour routes for tourists to choose.

Yangtz River Bridge is China’s first self-designed modern bridge over the Yangtze, which is of great significance in China’s bridge history, as well as in the world’s bridge history. As the first double-decked road-rail truss bridge designed by China, the Nanjing Yangtze River Bridge first opened to traffic on the same day 50 years ago. The Yangtze River Bridge is the landmark building of Nanjing, the cultural symbol of Jiangsu, the brilliance of the Chinese nation, and also a famous scenic spot in China. It is listed as one of the forty-eight scenic spots of the Jinling(新金陵四十八景).

Spring and autumn are the best seasons for traveling, it’s neither too cold nor too hot. In spring, Meihua flower blossoms and the scenery is fascinating. In autumn, the red leaves on Qixia Mountain(栖霞山) are like fire and the forest became red.

The entrance tickets for the Purple Mountain is free, but some of the scenic spots on it are not.