Wudang mountain is the birthplace of Taoism and Wudang martial arts. While Wuhan city is the most convenient gateway to Wudang mountain with four-hour high speed train. During this tour, we will visit the highlights of Wuhan, such as Hubei Provincial Museum, Yellow Crane Tower, etc. Besides, we will also explore the famous Taoist holy place – Wudang Mountain.

Upon your arrival, met by tour guide and transferred to your hotel in Wuhan. The rest of the day is free for your to explore. 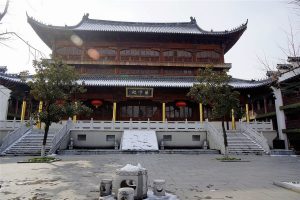 A full day to explore Wuhan city. First we will head to Guiyuan Temple. Built in the 15th year of Shunzhi, Qing Dynasty, it is one of the four best temples in Wuhan.

Then move on to visit Heptachord Terrace. Originally built in the Northern Song Dynasty, it was built to commemorate a couple of friends in ancient China, namely, Yu Boya and Zhong Ziqi.

Continue today’s tour to Hubei Provincial Museum. Established in 1953, it is one of the best known museums in China with a large amount of state-level historic and cultural relics, such as Sword of Goujian.

In the morning, head to visit Yellow Crane Tower, one of the Four Great Towers of China. The top of the tower has a broad view of its surroundings and the Yangtze River.

Then transferred to take 4-hour high speed train to Shiyan City. Upon arrival, met by tour guide and helped to check in hotel in Wudangshan. 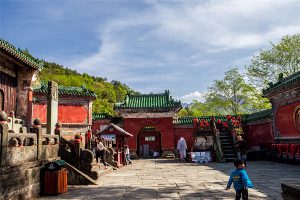 In the morning, head to visit Wudang Museum first, getting a better understanding of Kung Fu, Taoism and local customs.

Then take a tourist bus to Prince Slope (Taizi Po). First built during the Ming Dynasty, it consists of a five-storey Prince Tower, the Needle-Grinding Well, a pond, as well as a scripture hall. Afterwards move on to Purple Cloud Palace, a Taoist temple of the Wudang Mountains Taoist complex.

At last, continue your visit to Nanyan Temple, the “Taoist sacred ground”. There are about 150 buildings such as palaces, housing for Taoists, temples and pavilions.

In this evening, enjoy an optional show “Fantasy Wudang” at Wudangshan Theater (paid by yourself). 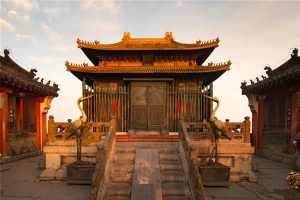 Today we will head to visit Qiongtai Palace first, the starting point of cable car. During the Ming and Qing dynasties, it was enlarged for 24 Tao sanctuaries and hundreds of temple rooms.

Then take a cable car to Tianzhu Peak – the highest peak in Wudang at 1,612 meters and visit Golden Palace. Built in the 14th year of the Yongle Period in the Ming Dynasty, it is one of the most popular highlights of Wudangshan tour. Afterwards walk to appreciate Taihe Temple and Chaotian Temple.

At last, take a cable car down the hill and move on to enjoy martial arts performance at Xiaoyao Valley.

After all the tour, be escorted to the airport or train station for your next destination. Service ends.