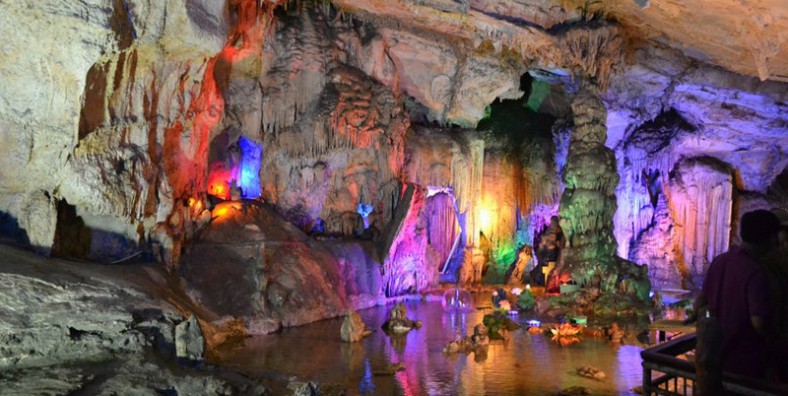 Stone Flower Cave is known as the "underground pearl of Beijing". It is composed of spectacular stalactites, stalagmites, curtains and flowers, so it is famous for its multi-layer karst cave. A cave made of limestone is 10 to 20 meters high and 4 to 30 meters wide.

Why is Stone Flower Cave in Beijing so Special?

Stone Flower Cave is known as the “underground pearl of Beijing”. It is composed of spectacular stalactites, stalagmites, curtains and flowers, so it is famous for its multi-layer karst cave. A cave made of limestone is 10 to 20 meters high and 4 to 30 meters wide. So far, its 7 layers have been explored. Only 4 layers are open to the public. The first to the sixth layers are scenic areas. The seventh layer is an underground river On the first floor, there is a lotus-shaped swimming pool, three huge halls, a long corridor, and a cave. There is a smaller cave in it, where you can enjoy the structure related to its name. In order to keep the temperature, the temperature of the cave remains the same throughout the year, and it will not be too hot or too cold at about 16 ℃ (55.4F).

Where is Stone Flower Cave in Beijing?

The Stone Flower Cave is located in Fangshan District, about 60 kilometers southwest of Beijing.

Originally known as Qianzhen or Shifo cave, it was named by Yuan Guang, a monk of the Ming Dynasty (1368-1644). Since then, it has a famous area of about 1.8 hectares. It is a multi-layer karst cave with seven layers. The first to sixth layers are scenic spots. The seventh layer is an underground river. There are twelve huge “halls” connected with numerous narrow channels, sixteen “rooms” and 71 different sizes and shapes“ Branch Cave “.

Silver Fox Cave was discovered by coal miners in 1991. Its name comes from the unique and wonderful formation of a 6.6-foot-long fox shaped cat head stalactite. It is the first time in the world that the cave has a depth of more than 100 meters and an annual average temperature of 13 ° C. It is very suitable for visiting in the hot summer season. It is the largest water-soluble cave in northern China, with a clear underground sea view and a boat tour.