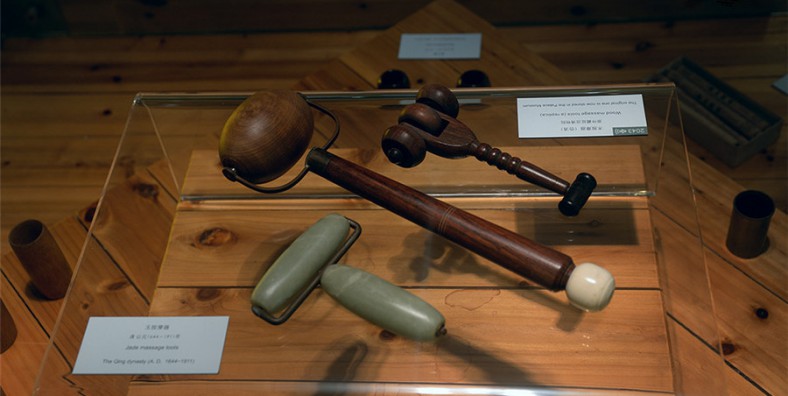 It is an epitome of the historical development of TCM and made up of TCM History Museum, the Chinese Medicine Specimen Museum and the Institute (Shanghai University of Traditional Chinese Medicine) History Museum, with a construction area of 6413m2 and exhibition area of 4000m2. Shanghai Museum of TCM is an educational base in Shanghai and an ideal place for a science tour in Shanghai.

Traditional Chinese Medicine, TCM for short, was created by ancient Han people and has been popular in the country for thousands of years. Based on the ancient oriental philosophy, yin and yang theory, the five elements theory and the natural laws of the human body, traditional Chinese medicine specializes in physiological monitoring, and the precaution, diagnose and treatment of diseases. Chinese medicine in Japan, Korean medicine in Korea, East medicine in Vietnam was originated from China. In nowadays, TCM has been spread to the world and has special effects on some kinds of disease. To commemorate the famous ancient doctors of TCM, keep the TCM classics, and inherit the essence and therapeutic methods of TCM, many museums of traditional Chinese medicine have been built in China and open to the public.

The Shanghai Museum of TCM was established in December 2004. The museum consists of three parts: the medical history museum of SHUTCM/Chinese Medical Association, the specimen room of Chinese medical material, and the exhibition hall displaying Shanghai University’s history.

The museum has become a multidimensional and educational center since its establishment. The museum’s exhibition area is approximately 4,000 square meters in size. Students and tourists who are interested in TCM can learn about the TCM culture and experience traditional Chinese customs there. It is also listed as a national AAA scenic spot.

What to See in the Museum

There are more than 15,000 TCM cultural artifacts in the museum, which can be dated back to the Stone Age. More than 1,000 artifacts are on display today. Visitors can get an insight into important historical facts and learn more about the achievements of traditional Chinese medicine over the past 2,500 years. The Chinese Medicine Specimen Museum displays more than 3000 herbal medicine specimens, such as musk, wild mountain ginseng, Cordyceps Sinensis, and introduces the functions and knowledge of herbal medicine.