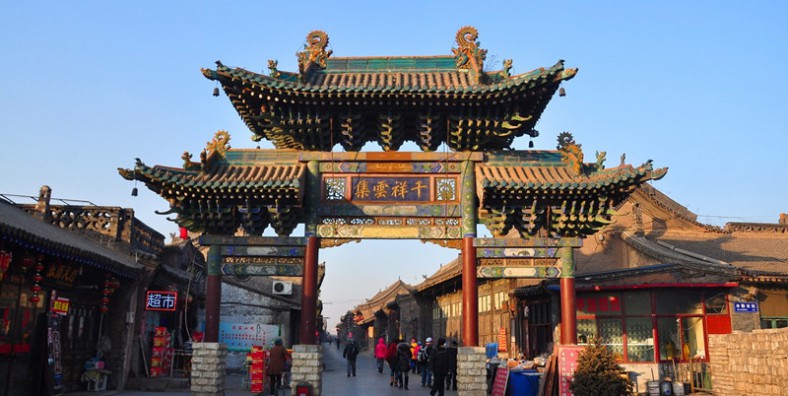 Pingyao Ancient City, with over 2700 years of history, with its intact city wall, its residences and shops, and even its government office all preserved in the style of China’s Ming and Qing Dynasties. Named one of the well-preserved ancient cities in China.

Why is Pingyao Ancient City So Special？

Pingyao Ancient City, with over 2700 years of history, with its intact city wall, its residences and shops, and even its government office all preserved in the style of China’s Ming and Qing Dynasties. Named one of the well-preserved ancient cities in China, it was also a UNESCO World Cultural Heritage Site listed in 1997.

The main commercial street in Pingyao is in the central axis of ancient city, the Ming & Qing Dynasties Street, also called South Street, which is stretching over 400 meters. Used to be the important financial and trade center from the 19th century to the early 20th century, this street remains 78 lively ancient shops, including ancient bank, insurance company and merchants houses, etc. All are the historical witnesses to the economic prosperity of the Ancient City of Ping Yao in this period.

Built in 1370, with a circumference of 6.4 km, the ancient city walls are still largely intact and are considered among the best-preserved ancient city walls in China. With 12 meters high and 3-6 meters wide on top, the city walls have six barbican gates. The north and south sides have one gate each, and the east and west sides have two gates each, making Pingyao ancient city like a shape of turtle. There are 3000 crenels and 72 watch towers on the walls symbolizing the 3000 disciples of Confucius and 72 saints, who built this city walls, according to legend.

How to get to Pingyao Ancient City

If you want to get out of the traffic and hassle of navigation, you can book a private tour package that includes visiting, dining and transfer from us. Our local guide and driver will escort you to the Pingyao Ancient City and most convenient way and take care of all the details. You just have to focus on the visiting.

Bus: take Pingyao 108 North line to Beimenkou and walk to the scenic spot

There are many residential hotels of local features in Pingyao ancient city. Like the 5-star Yunjincheng Hostel and Tianyuankui Guesthouse are located in Ming and Qing Dynasties Street. Nearby the city walls, there are many courtyard-styled hostels with cheap price.

Special concessions: Every June 16, 24 and 29, all tickets are on sale at half price. Tickets are not needed to sightsee Pingyao, while most of scenic spots in Pingyao ancient city are charged. So the Combination Ticket is sold for tourists to visit the ancient Ming and Qing streets and other 20 sights.