There are three China high speed train types: G Train, D Train and C Train. Trains starting with G, C and D are operated by CRH EMUs, forming a high-speed/high-speed train network in China. Therefore, if you want to book a high-speed train ticket, you need to select the train numbers starting with G, D, and C. All the  trains have the most advanced facilities in the world , air-conditioned and totally non-smoking. Read China High Speed Rail Tickets. 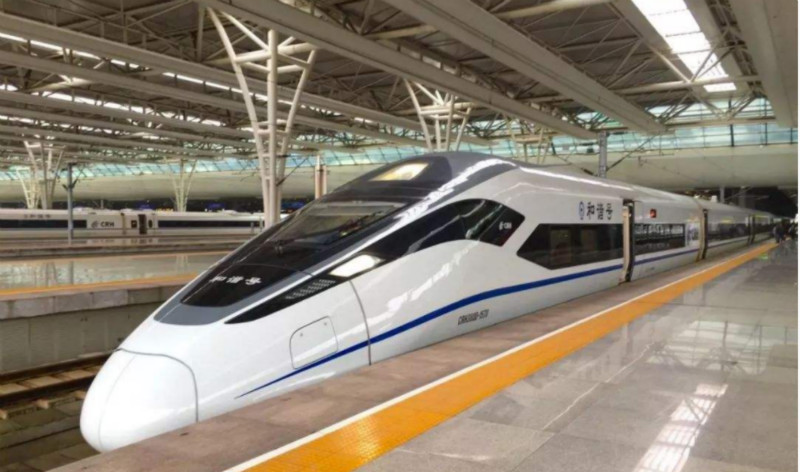 Also known as CRH series EMUs, Hexie Hao is an umbrella term for the multiple unit high-speed trains under “China Railway High-speed Railway” brand, which is operated by China Railway. The
maximum operating speeds (MOR) of CRH1A, B, E, CRH2A, B, E and CRH5A are 200 km/h and up to 250 km/h. The MOR designed by CRH3C and CRH2C is 300 km/h, up to 350 km/h. 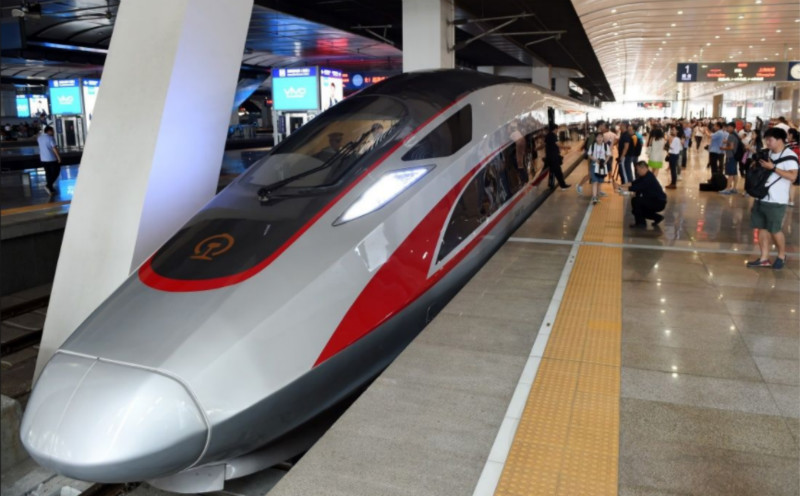 Fuxinghao is a series of electric multiple unit high-speed trains operated by China Railway Corporation and developed by CRRC. It is one of the fastest operational conventional trains in the world, with a design speed of 400 km/h (249 mph) for the CR400AF and CR400BF models.

Since April 10, 2018, the railway department has implemented a new train diagram. There will be 39 new pairs of “Fuxing Hao” trains starting in Beijing, in a total of 108.5 pairs. Among them, 8 pairs of Beijing-Shanghai high-speed trains and 31 pairs of Beijing-Tianjin inter-city trains have been added, and nearly 80% of Beijing-Tianjin inter-city trains have become “Fuxing Hao” trains. Fuxing Hao trains departing from Beijing has ran to 15 provincial capitals and municipalities. Starting from 0:00 on July 1, 2018, a new train diagram was implemented on the national railways, and 16 long-marshaled “Fuxing Hao” EMUs had been put into operation. 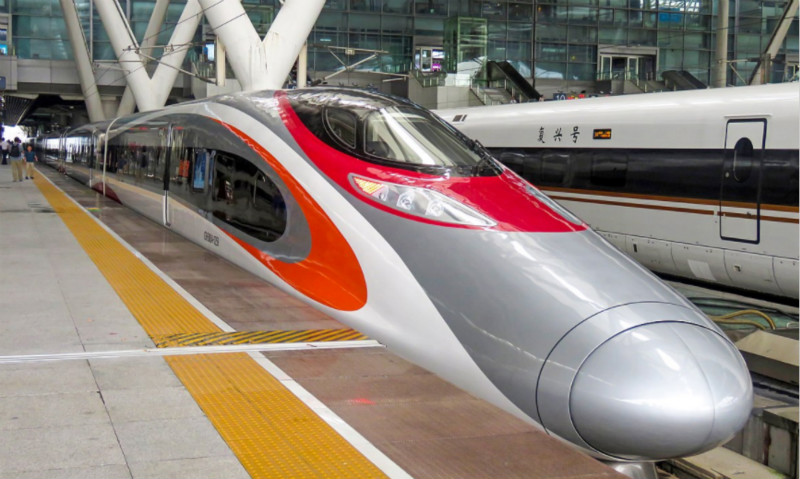 Also known as MTR CRH380A, Vibrant Express is a train set ordered by the Government of the Hong Kong Special Administrative Region through the MTR Corporation, which is used to run between Guangzhou South railway station and Hong Kong West Kowloon railway station It is the only high speed train model China exported.

The maximum running speed of the trains can be as high as 350 kilometers per hour, but at 300km/h on the mainland section of the Guangzhou-Shenzhen-Hong Kong high-speed railway and 200km/h on the Hong Kong section.

The fastest trains among all the high speed trains in China. Long distance high-speed service with a speed of 250-400km/h. G-series trains take less time to reach their final destination because they stop at fewer stations on the route. The speed of G high-speed trains depends on the track. Some high-speed trains with cross-bureau and cross-line run at different speeds in different sections. The main types of trains serving the G-trains are CRH2C, CRH3C, CRH380 series, CR400AF (-A) and CR400BF (-A), etc.

G trains drive on ballast-free tracks, with leading and advanced operational outfits. They usually serve between major and popular cities in China. Bellow are the popular routes G trains runs.

The speed of D trains is a little slower than that of G trains. Maximum speed of D trains is 200–250 km/h (120–160 mph). With many stops along the route from big cities to small counties, they basically have it all covered. Only D-series operate overnight high speed trains in China. Generally, CRH1, CRH2, CRH3, CRH5 of Hexie Hao are used for D trains