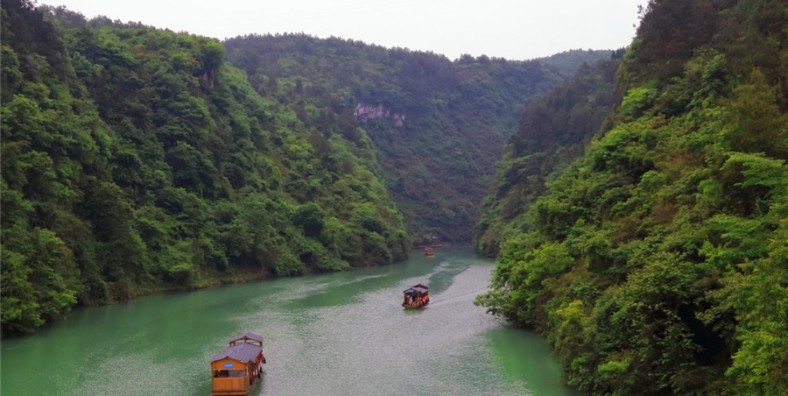 Zhangjiajie Grand Canyon in Hunan province is super famous for its longest and highest glass bridge in the world for people to have a bold and brand new try on the high position, and also, its charming sightseeing of forests, waterfalls, streams and so on are all very worth for your discovery!

Why is Zhangjiajie Grand Canyon So Special?

Zhangjiajie Grand Canyon in Hunan province is a “National AAAA Tourist Attraction” with eye-pleasing natural sceneries. In this tourist spot, you can even try the longawaited world longest and highest glass bridge that is regarded as the “12 Most Spectacular Bridges in the World” by CNN to be a bold one and admire the panoramic view of Zhangjiajie Grand Canyon with green forests, waterfalls, streams, etc. Moreover, you will be dazzled with the multiple types of waters and lush plants that form a heaven on earth and will drive all your annoyance far away.

What to Do in Zhangjiajie Grand Canyon

High Ladder Raised Walkway (天梯栈道) in Zhangjiajie Grand Canyon means the walkway up to the sky, because it was built with more than 1600 stone steps in an especially narrow and steep form. This man-made way looks very precipitous, but is safe enough to walk up. Climbing up to the highest spot, you will feel a little tired. However, the feeling of walking up to the sky is really special and will push you to continue.

Zhangjiajie Grand Canyon suddenly becomes narrower in the Holy Spring Valley or called Shenquanxia (神泉峡). This long valley has extremely beautiful sightseeing. You can walk on the stone way to admire the luxuriant view along and the clear jade-like water running with the soft mists, which is just like the abode of the immortals in China. Besides, there are multiple waterfalls coming done from the mountains in diverse shapes, which will cool you down and drive the urban stress away.

Nuokeli Slideway (诺克里滑道) of about 600 m long is built between Yixiantian, Nanfang Hongqi Qu (南方红旗渠) and Gudi Zhandao (谷底栈道), divided into 2 parts. If you are tired to walk to the next attraction, you can choose this slideway or called toboggan of 45 cm deep and 50 cm wide to save energy and about 20 min for the following tour. Moreover, you can take it to admire the sightseeing of Zhangjiajie Grand Canyon while getting the exciting feeling of fast sliding down within 3 to 5 min.

How to Get to Zhangjiajie Grand Canyon

If you want to get rid of hustle of transportation and troublesome navigation, you can book a private tour package which covers visiting, dining and transfer from us. Our local tour guide and driver will escort you Zhangjiajie Grand Canyon with speed and convenience, and take care of all the details. You just need to focus on travel.

The Grand Canyon of Zhangjiajie is located at Sanguansi Township of Cili County, next to Wulingyuan Scenic and Historic Interest Area.