Tourism festival kicks off in Shanghai with grand float parade 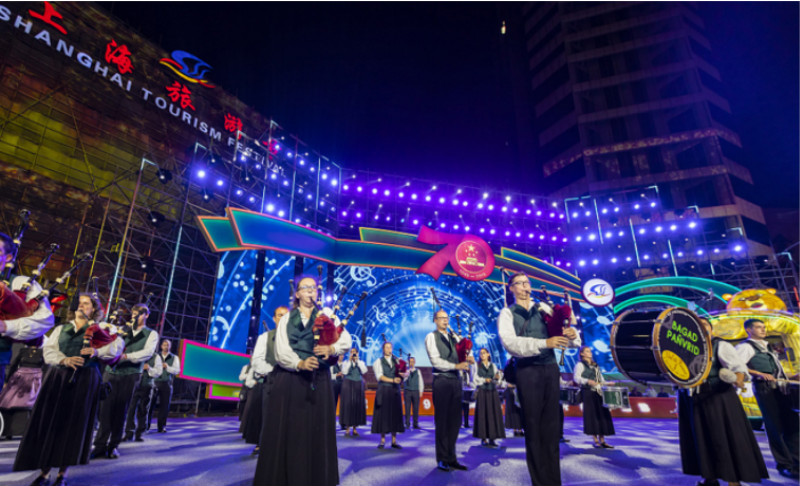 Performers from 19 countries and regions such as Germany, Switzerland and France also participated in the performance in downtown Shanghai.

The festival, which will last until October 6, features 100 activities. A folk culture exhibition on the Belt and Road countries will also be held.

Dozens of tourist sites, museums and galleries in Shanghai will offer half-price admission during the event.

The Shanghai Tourism Festival has been held annually since 1990. The 2018 festival attracted 12.7 million visitors from home and abroad.