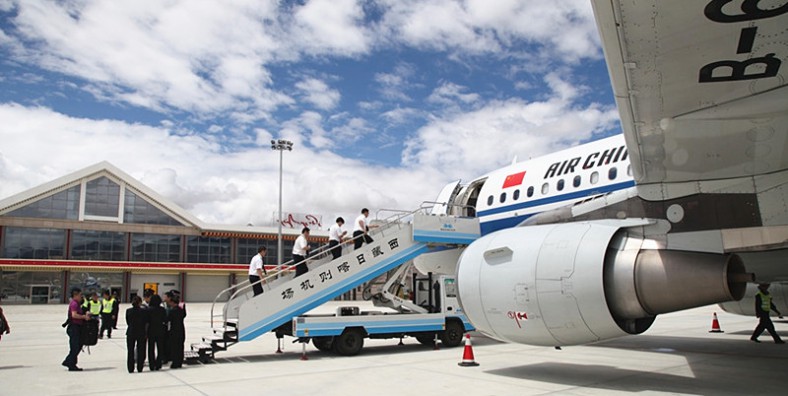 Shigatse Peace Airport (IATA: RKZ, ICAO: ZURK), Shigatse Heping Airport, or Shigatse Air Base, is a dual-use military and civilian airport serving Shigatse, the second largest city in Tibet Autonomous Region, China. It is located in Jiangdang Township, 43 kilometres (27 mi) from Shigatse. Situated at an elevation of 3,782 metres (12,408 ft), it is one of the highest airports in the world.[2]

Construction of Shigatse Airport started in 1968 and was completed in 1973. It was solely for military use until 2010, when a 532 million yuan expansion was completed. On 30 October 2010, the airport was opened as the fifth civilian airport in Tibet.