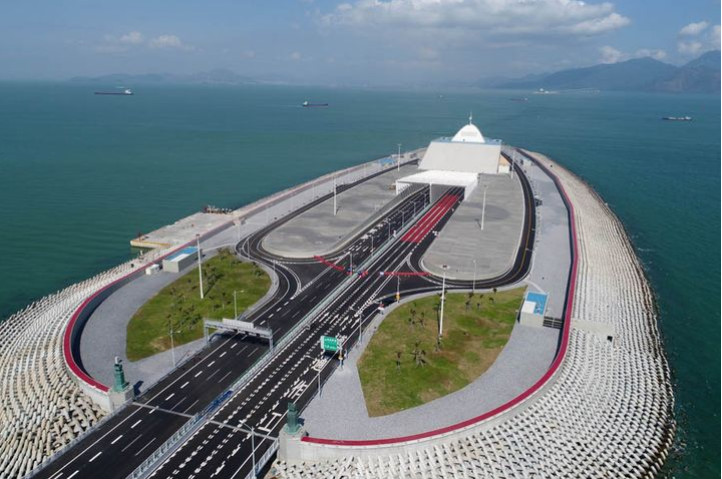 China will construct a tourism development project on one of the  man-made islands alongside the Hong Kong-Zhuhai-Macao Bridge, the  world’s longest sea bridge.

The management agency of  the bridge has conducted public bidding for the project and it will  announce the winner in near future, Xinhua News Agency reported, citing a  person in the administration office.

The eastern island, where  the 25,000-square meter project will be based, has a total area of  ​​over 103,160 sqm. The plan includes building a sightseeing trail that  goes around the island. The western isle is designated for management.

The 55-kilometer Hong  Kong-Zhuhai-Macao Bridge has served 10 million passengers from its  opening last October to June 6, public data show. The road has a daily  traffic volume of 44,000 vehicles, making it a popular scenic spot.