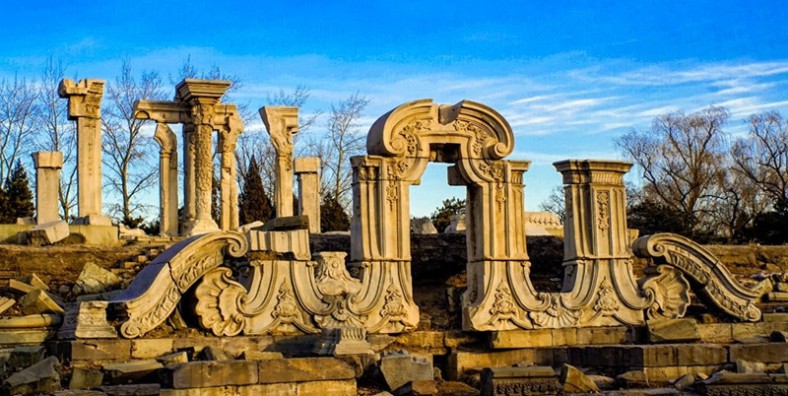 Why is Old Summer Palace so Special?

It is a large royal palace built and operated by the Qing emperors in more than 150 years. In 1860, the British and French allied forces burned the main buildings to ashes. Now tourists can only come to mourn in the wreckage and look for the glorious empire of that year.Covering an area of 3.5 square kilometers, with a construction area of 200,000 square meters and more than 150 scenes, it is called “the garden of ten thousand gardens”.

Manchu seized the central plains regime and established the Qing dynasty. because the Qing rulers were not adapted to the dry and hot climate in Beijing, they began to build gardens in the early years of Kangxi. this kind of construction lasted for more than 200 years.

In October 1856, Britain and France jointly launched the Second Opium War. On the evening of October 6, 1860, invading troops broke into the grand palace gate of Old Summer Palace. From the next day on, officers and soldiers carried out looting and destruction frantically. In order to force the Qing government to accept the negotiation and terms as soon as possible, the British and French allied forces looted it for two days and marched into the city.

After the demise of the Qing Dynasty, the relics of the Yuan Ming Yuan were plundered by bureaucrats, warlords and profiteers for a long time.

Old Summer Palace, which was the victory of the lake mountain that had been painstakingly built for more than 150 years in the prosperous time of the early Qing dynasty, was beyond recognition.

After the founding of the People’s Republic of China in 1949, the Chinese government attached great importance to the protection of the site of the Old Summer Palace. It listed the site as a park site and a key cultural relic protection unit successively, expropriated dry land in the park and carried out large-scale tree planting and greening.

This has created brand-new conditions for the comprehensive construction of the ruins park and the protection of cultural relics and historic sites within the scope of Old Summer Palace Three Gardens. Strive to restore the original state.

The layout of  the Old Summer Palace

The Summer Palace covers an area of more than 350 hectares, of which the water surface area is about 140 hectares. The Imperial Palace in floor-area ratio on the land of the Summer Palace has an additional 10,000 square meters. The water area is also equal to one Summer Palace, with a total area equal to 8.5 Forbidden Cities.

Old Summer Palace not only brings together some famous gardens in the south of the Yangtze River, but also creatively transplants western garden architecture, which is a great achievement of gardening art at that time, ancient, modern, Chinese and foreign.

Water is the main theme in the garden landscaping of Old Summer Palace. Because of water, many of them directly absorb the interest of the famous waterscape in the south of the Yangtze River.

Another remarkable feature of Old Summer Palace is that many famous gardens throughout China, especially in the south of the Yangtze River, have been built in large numbers.

The Summer Palace in its heyday was also called the Royal Botanical Garden and the Rare Zoo at that time. Many scenic spots in the park, such as peony terrace, bamboo courtyard, phoenix tree courtyard, apricot blossom village and peach, are famous for their plant scenery. The plants of the whole garden, apart from more than 100 kinds of native flowers and trees such as pine, bamboo, peony, rose, chrysanthemum, orchid and wisteria, are interwoven into a beautiful scenery of nature, which makes people intoxicated. The rare animals in Old Summer Palace include white apes, elk, cranes, peacocks, swans and five-color koi. In the western building alone, there are more than 400 birds kept in cages all year round.

The Summer Palace was a treasure house, and was also the largest royal museum and art museum in the world at that time, with many treasures, books and masterpieces. There are rare cultural relics such as celebrity calligraphy and painting, secret government classics, jewels, gold and silver jewelry and so on, which concentrate the essence of ancient culture.

There is a very rich collection of books and cultural relics in Old Summer Palace, just to name a few. Wen Yuan Pavilion is a collection building modeled on the Fan Tian Yi Pavilion in Ningbo. It is one of the four famous royal halls in North China and was built in Qianlong for 40 years.

Ticket price: 25 yuan RMB
Note: Starting from May 1, 2016, tickets for the Yuanmingyuan Park will be paid by card using the Municipal Transportation Card (Beijing Public Transport Card). Visitors will not have to wait in line to buy tickets, but will simply swipe their cards to enter the park.