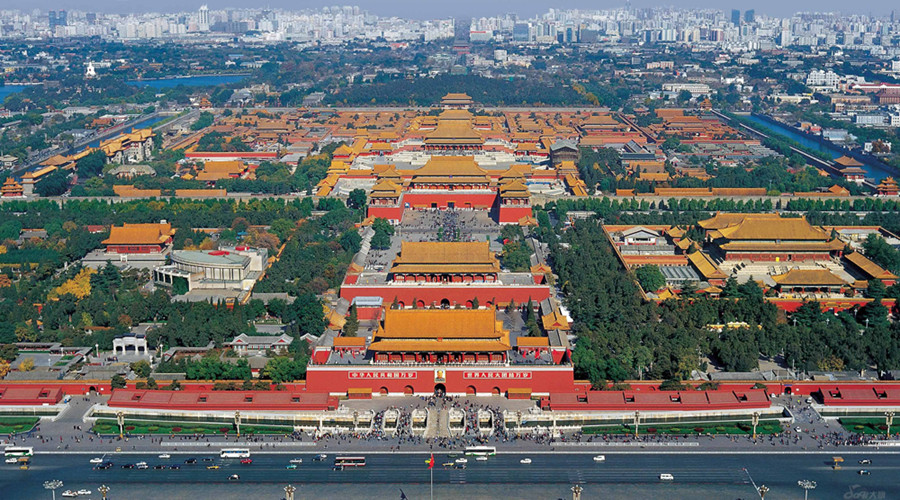 Tourism revenue reached nearly 650 billion yuan (about 90.94 billion U.S. dollars) during the holiday October 1-7, up by 8.47 percent, according to the ministry.

“Red Tourism”, or tourism themed on the revolution, remained a highlight. About 78.84 percent of the tourists participated in activities celebrating the 70th anniversary of the founding of the People’s Republic of China, according to statistics from the ministry. 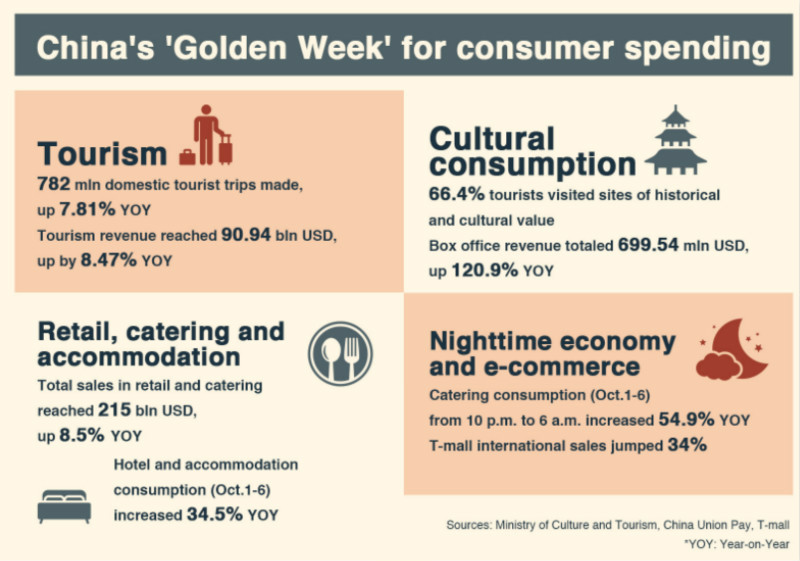 About 66.4 percent of the tourists visited sites related to history and culture, while 44.96 percent participated in nighttime tourist activities.

Moreover, over seven million outbound trips were made by the Chinese during the holiday, said the ministry.

Retail and catering sales up 8.5%

According to the data from the Ministry of Commerce, the combined sales of retail and catering enterprises in China rose by 8.5 percent year on year during the week-long National Day holiday which ended on Monday.

From October 1 to 7, the total sales of China’s retail and catering firms reached 1.52 trillion yuan (about 215 billion U.S. dollars), the ministry said in a statement on its website.

The supply of daily necessities was sufficient, and the prices were generally stable during the past week, according to the ministry. 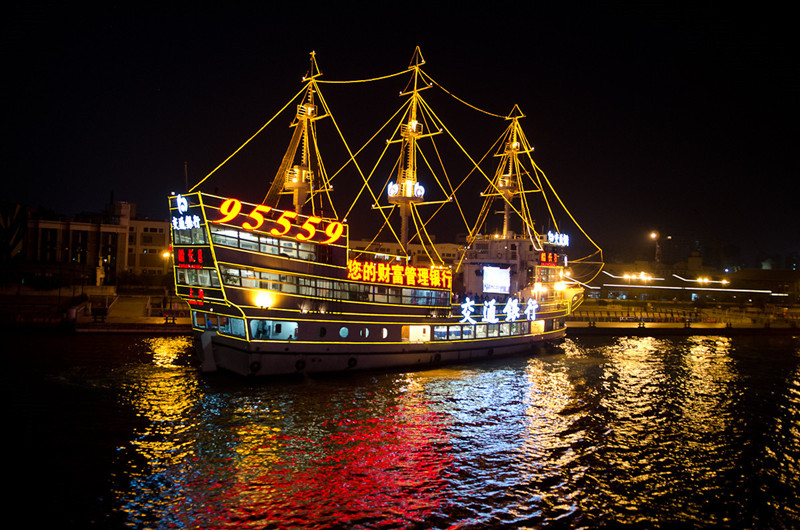 Night fairs, midnight canteens and fantastic light shows during the holiday also provided tourists with a new way of enjoyment.

From October 1-6, catering between the hours of 10 p.m. an 6 a.m. increased 54.9 percent, a 14.6 percentage point increase over the 40.3 percent growth of the entire catering industry, according to China Union Pay.

The new trend shows that China’s household consumption is moving toward quality and diversification, said Xu Guangjian, a professor at the Renmin University of China.

The popularity of the night economy during the holiday is the result of the transformation and upgrading of consumption, said Xu.

According to China’s largest e-commerce company Alibaba’s latest report, the transaction volume of aromatherapy products increased by nearly 240 percent during the first three days of the week.

Tmall International, the platform that sells products from overseas, saw a 30-percent jump in sales this holiday with Japan, the U.S. and South Korea being the most popular markets.

In particular, those aged over 50 were observed to have been buying more, especially the products usually purchased by the younger generation.