Being abundant in rivers, China is one of the country with most rivers in the world. It has many great rivers which have a long history. There are more than 1,500 rivers with a basin area of more than 1,000 square kilometers. These rivers are not only an important part of China’s geographical environment, but also rich in natural resources. China’s rivers are unevenly distributed, with both exorheic rivers and inward flowing rivers. Here we give a brief introduction to the most famous and important rivers in China.

With total length of 6,300 kilometers, the Yangtze River is the longest river in Asia and the third longest river in the world. Its basin area is 180 square kilometers, accounting for about 1/5 of the nation’s total, and its sea outflow is about 1 trillion cubic meters, accounting for more than 1/3 of the nation’s total. Originating from the eastern part of the Tibetan Plateau, it flows through Qinghai, Sichuan, Tibet, Yunnan, Chongqing, Hubei, Hunan, Jiangxi, Anhui, Jiangsu, Shanghai and finally into the East Sea.

Along the Yangtze River, there are many famous attractions for the visitors, including the magnificent Tiger Leaping Gorge and Three Gorges. Nowadays, Yangtze River Cruise has become a popular and must-do activity when visiting China. Read more about the Yangtze River.

At the length of 5,464 km, the Yellow River or Huang He, is the second longest river in China only after the Yangtze River, and the fifth longest river in the world. Originating in the Bayan Har Mountains in Qinghai province of Western China, it flows through Qinghai, Sichuan, Gansu, Ningxia, Inner Mongolia, Shaanxi, Shanxi, Henan, Shandong and empties into the Bohai Sea. Since the middle of the river flows through the Loess Plateau, it is also known as the most sandy river in the world. Its basin is the birthplace of ancient Chinese civilization, so it is called “Mother River” by Chinese people.

Along the Yellow River, tourists can not only fully enjoy the attractive natural scenery, but also explore the Chinese history and culture. Read more about the Yellow River.

The Pearl River is the general name of the three rivers, Xijiang, Dongjiang, Beijiang and other tributaries collecting the pearl river delta. It is an extensive river system with the length of 2,400 kilometres in southern China. It is China’s third longest river after the Yangtze River and the Yellow River. The Xijiang river originates in eastern Yunnan. The pearl river flows through Yunnan, Guizhou, Guangxi and Guangdong, finally into the South Sea. When tour Guangzhou, night cruise along the Pearl River is the highlight and the don’t-miss activity.

Heilongjiang River, also called Amur River, 4,478 kilometers long, is the world’s tenth longest river, forming part of the border between southeast Siberia and China. Originated in the boundary between Heilongjiang, Inner Mongolia and Siberia, it empties into Tatar Strait, which is the longest river in north Asia. The river is named after the shape of a black dragon. The river is also home to a variety of large predatory fish.

Besides natural rivers, there are many man-made canals, including Grand Canal, the earliest and longest canal in the world. Known as the Beijing–Hangzhou Grand Canal, it starts at Beijing and to the city of Hangzhou, linking five main water systems of Haihe, Yellow River, Huaihe, the Yangtze River and the Qiantang River. At the total length of 1,801 km, it has a history of more than 2,000 years. Besides being an important water route, it also plays a comprehensive role in irrigation, flood control and drainage.

Located in the Tibet autonomous region, Brahmaputra River is the highest river in China, as well as one of the highest rivers in the world. It originates in the Angsi glacier, northern side of the Himalayas in southwest Tibet, flows outside of China via Pasighat and eventually south into the Indian Ocean. It has a total length of 2,057 kilometers within the territory of China and ranks fifth in China.

Lancang river is a trans-boundary river in Southeast Asia, which is called Mekong river in southeast Asia. It runs through the most countries in Asia, including China, Myanmar, Laos, Thailand, Cambodia and Vietnam, and empties into the Pacific Ocean near Ho Chi Minh City. It is the world’s 7th-longest river and the 3rd-longest in Asia. Its total length is 4,880 km, of which 2,139 kilometers are in China. Reputed as the “Danube of the East”, Lancang River is China’s main artery of water carriage connecting Southeast Asian countries.

Nu river is a great river in southwest China. Originating from the southern foot of Tanggula mountain along the Qinghai-Tibet border, it flows into Yunnan province and then is called Salween river after Myanmar, finally empties into the bay of Bengal in the Indian Ocean. The Salween river is 3,200 kilometers long in total, of which 2,013 kilometer is in China. The Nujiang gorge is 310 kilometers long. With an average depth of 2, 000 meters, it is the second in the world only to the grand canyon in the United States.

It is the longest inland river in China and the fifth-longest inland river in the world. The Tarim River originates in the Karakorum and Kunlun Mountains. The Tarim River and most of its tributaries originate in the Karakorum and Kunlun Mountains. In total length of 2,137, the basin covers an area of 198,000 square kilometers and eventually flows into the Taitema Lake.

Liaohe river is the largest river in the south of northeast China and one of the seven big rivers in China. It flows through Hebei, Inner Mongolia, Jilin and Liaoning provinces, and injects into Bohai at Panshan county, Liaoning province. Its basin covers a total area of 219,000 square kilometers and the river is 1,390 kilometers long. 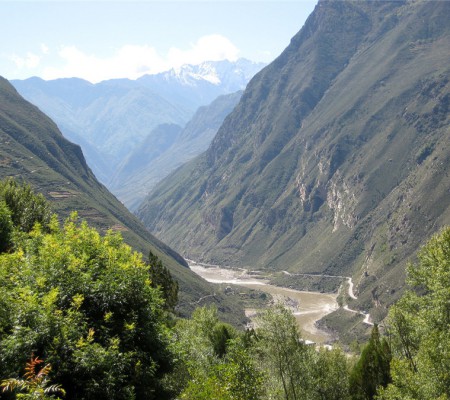 Daduhe River in Sichuan introduces the main attractions, entrance tickets booking, The best time to visit, How to Get there, the highlights, facts, history, photos, weather, accommodation, visiting routes,...

Why is Nujiang – Salween River So Special? Nujiang Grand Canyon is the longest and most mysterious, precipitous and unsophisticated canyon in the world, which goes southeast from Yarlung... 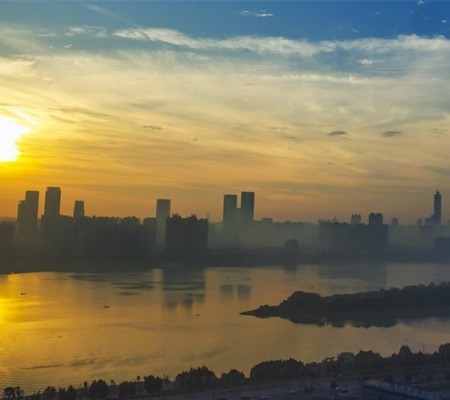 Xiangjiang River in Hunan and Guangxi

Xiangjiang River in Hunan and Guangxi... 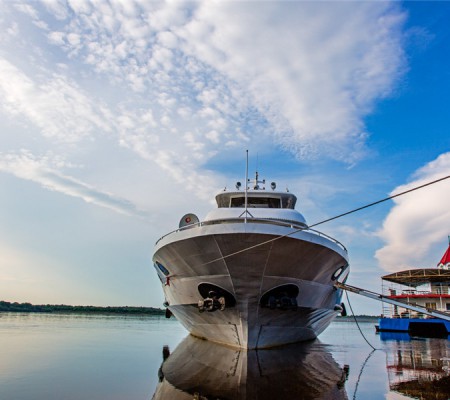 The Xi River (/ʃiː/; Chinese: 西江) or Si-Kiang is the western tributary of the Pearl River in southern China. It is formed by the confluence of the Gui and Xun Rivers in Wuzhou, Guangxi. It then flows east through Guangdong, and enters the Pearl River Delta just east of the Lingyang Gorge in Zhaoqing. The main branch of the Xi River flows southeast through the delta entering the South China Sea at Modao Men, just west of Macau. The major cities along the Xi include Wuzhou, Zhaoqing, and Jiangmen....