China is a vast country with 56 ethnic groups in different geographical distribution and cultural traditions. Ethnic Minority Food is also distinctive, such as Mongolian roasted lamb, Tibetan buttered tea, Manchu Sachima, Korean Kimchi… Have you tasted them? Or you can also taste Jinuo Banana flesh, Li bamboo-tube-cooked rice… Among the minority nationalities, the most representative dietary cultures are the Mongolian, Hui, Tibetan, Uygur, Korean, Dai, Bai and Miao nationalities. 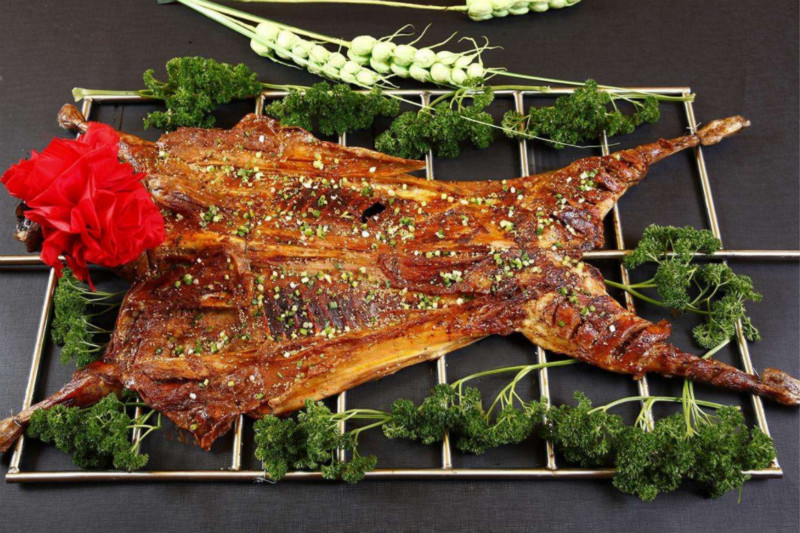 Mongolian mainly live in Inner Mongolia Autonomous Region, while the rest are distributed in Northeast and Northwest China. For thousands of years, the Mongolian people have lived a nomadic life of “migrating by water and grass”. They live in grasslands and live on animal husbandry. Horse milk, hand-picked meat and roast mutton are their favorite drinks and treats in daily life. They depend on milk and meat for every meal. Milk and cream are used to make a variety of beverages, as well as cheese and similar products.

When you step on the grassland and enter Mongolian yurts, hospitable Mongolians will pour wine into silver bowls or golden cups, hold it on the long Hada, sing a touching toast song, and entertain guests from afar, to express their sincere feelings. See Mongolian cuisine.

Hui ethnic groups mainly live in Ningxia Hui Autonomous Region, and there are many communities in Gansu, Xinjiang, Qinghai, Hebei, Henan, Yunnan and Shandong. Hui people are widely distributed and their food customs are not entirely the same. Ningxia Hui people prefer pasta, like noodles, Mianpian, but also like cooked rice. The Hui people in Gansu and Qinghai live on wheat, corn, barley and potatoes.

The Hui people like to eat cattle, sheep, chicken, duck and scaled fish, and vegetables. But do not eat horse, donkey, mule, dog meat, especially pork. They do not eat animal blood, nor livestock killed by themselves or slaughtered by non-Muslims, or food made in non-Muslim shops. 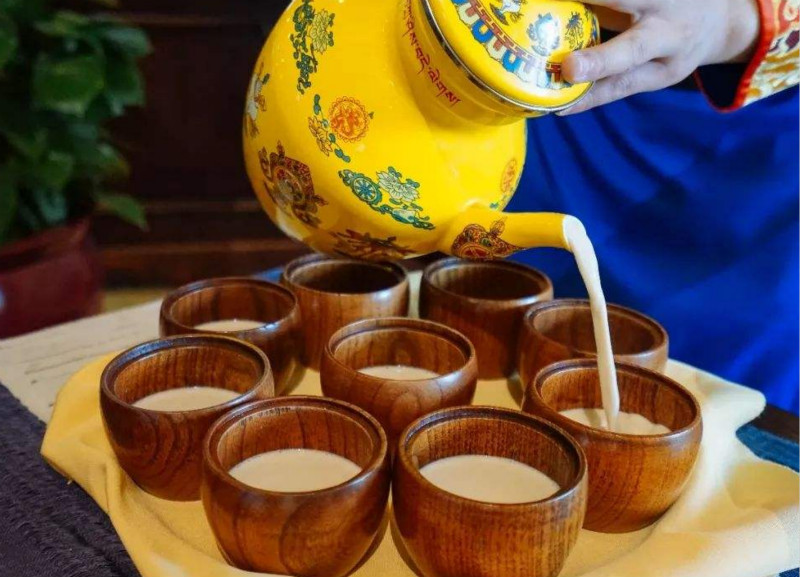 Tibetan is mainly distributed in Tibet Autonomous Region and adjacent provinces such as Qinghai, Gansu, Sichuan and Yunnan. Tibet cuisine is known for its use of noodles, goat, yak, mutton, dumplings, cheese (often from yak or goat milk), butter tea, yoghurt (also from animals adapted to the Tibetan climate) and soups. 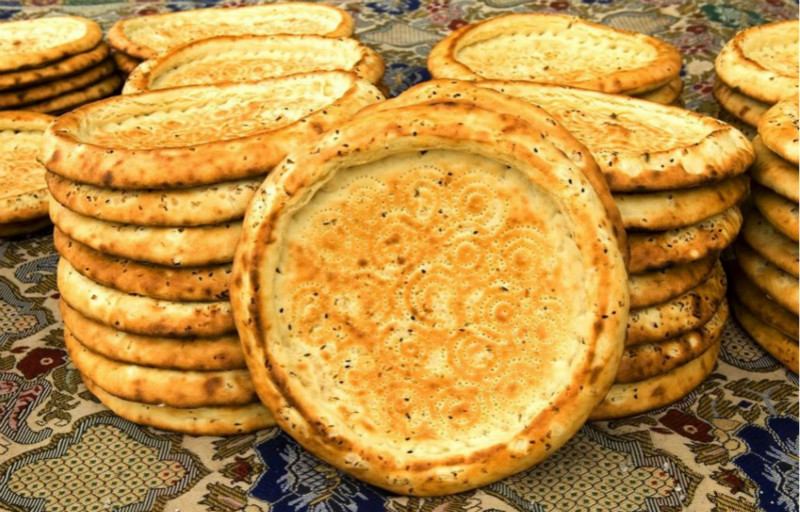 In Xinjiang, the northwest border of China, there is a snowy Tianshan Mountain. At the foot of Tianshan Mountain, there is a Uygur people who are good at singing and dancing. Their breakfast consists of a kind of crusty pancake and various melon jams, sweet sauces, milk tea, Camellia oleifera, etc. Lunch is all kinds of staple food, and dinner is mostly a kind of crusty pancake, tea or noodles soup.

They mainly eats flour-made dishes, like cattle and mutton. There are dozens of staple foods. The most common foods are a kind of crusty pancake, mutton grab rice, steamed buns, noodles and so on. Uygurs like to drink Poria tea and milk tea. Melons and fruits are often eaten in summer. Xinjiang abounds in sheep, so Uygur people have the custom of roasting lamb kebabs. Hand-grabbed rice, which is comparable to mutton kebabs, is also the traditional flavor food of Uygur people. There are many kinds of grabbing rice in Uygur nationality, with different color and pattern. 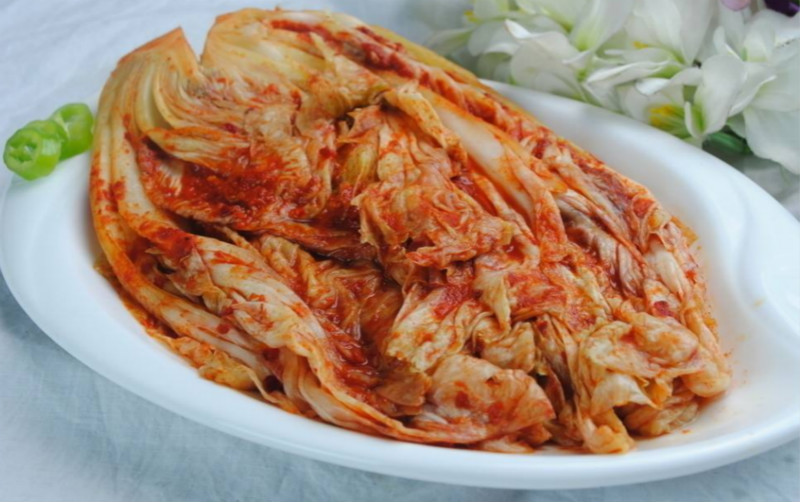 The Korean community is rich in rice, and the staple food is rice, followed by cold noodles and rice cakes. There are many kinds of rice cakes, such as Da cake, Qie cake and Fa cake. Korean taste to salty and spicy, with rich varieties of pickles, beautiful and delicious. Pepper is an essential condiment for every Korean family, who love spicy, no less than Sichuan and Hunan people. 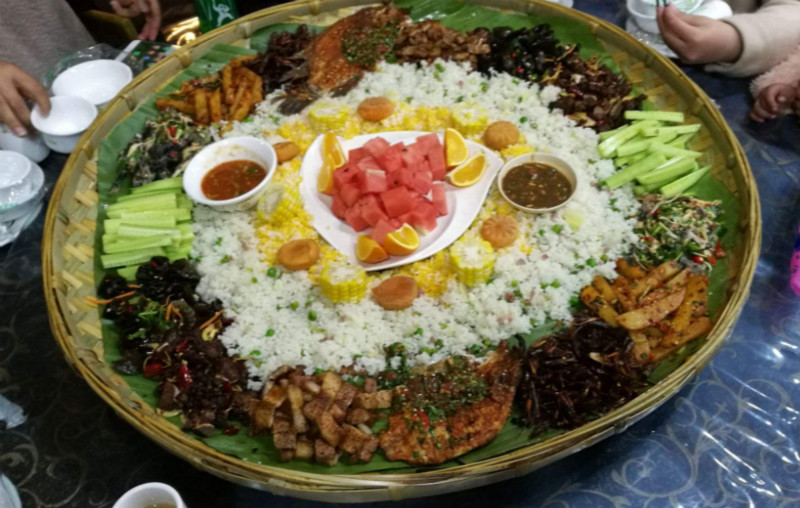 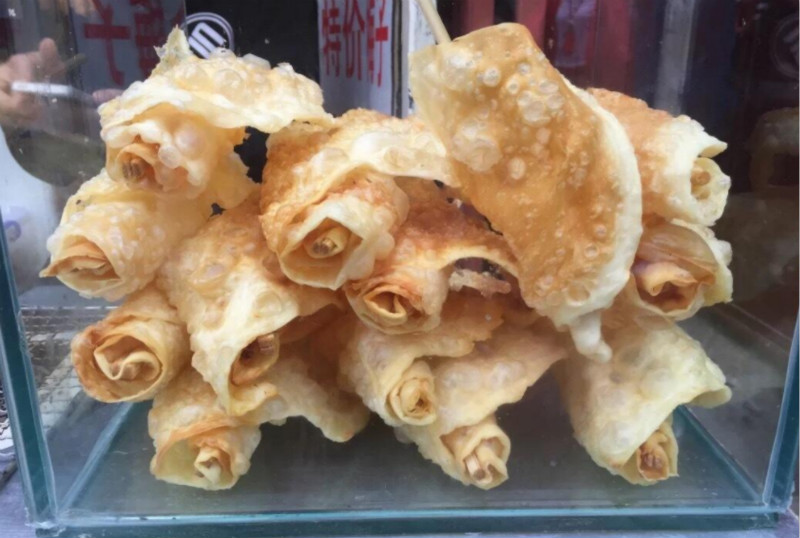 Bai people live on rice, wheat, corn, buckwheat and potatoes, with varieties of vegetable. Also good at pickling meat and vegetables, they can also do homemade candied fruit. During the festival, the Bai people like to use glutinous rice or wheat and barley to make liquor and water wine.

Travelers could enjoy the Three-course Tea of Bai Ethnic Minority in Dali Old Town and Xizhou Ancient Town when in Dali. Erkuai, Bai people’s snacks, is a highly refined and compressed rice cake. 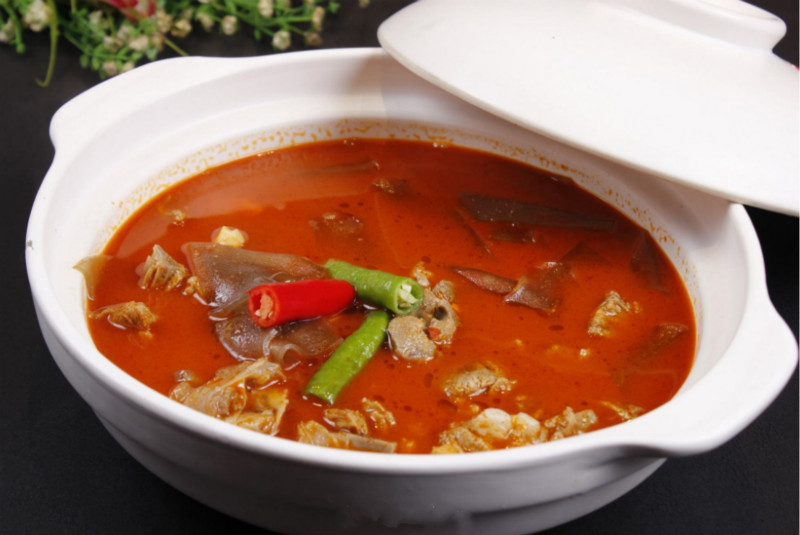 Miao minority mainly lives in Guizhou, Hunan , Yunnan etc. The taste of Miao people is mainly sour and hot, especially pepper. Daily dishes are mainly sour and hot soup dishes. Sauerkraut is delicious and easy to make. It can be eaten raw or cooked. When eat fresh vegetables or beans, Miao family also mixed some pickles or sour soup. It increases appetite.

The Achang people have three meals a day and like sour food. In the past the young men and women had the habit of chewing tobaccos and betel nuts,...

The Korean cuisine culture is rich and varied with distinctive favor. Its features can be summed up as mainly a vegetarian diet that is pungent, cool and light. The...

Natural and green food—koumiss and boiled mutton Kirgiz people engage in livestock breeding mainly, so their foods are closely related to their economic life; meat and diary product are...

Bao’an nationality believes in Islam, so their material and spiritual culture both has the distinct characteristics of Islamic culture. The “deep-fried dough twist” and “salted cake fried in sesame...